Keep the faith that we are trying and we hope for the families, we can help them." 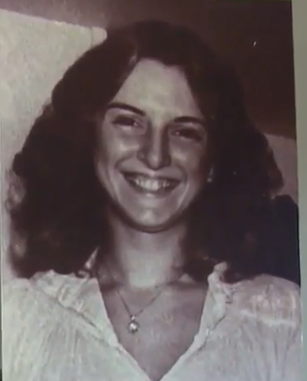 Sacramento County Sheriff's investigator Micki Links had been waiting to hear this news for years.

"The lab criminalist from the DA's lab sent me a text. He sent me an email, he called my office line," Links said.

She said she remembers returning the phone call and being told, "You found your guy."

"I literally hung up the phone, and I jumped up and down, and I was clapping my hands and I ran around the office to tell everybody," Links said.

Authorities were able to connect 71-year-old Philip Lee Wilson to the rape and murder of Robin Brooks using DNA evidence left behind at the scene in 1980.

At a press conference Friday, Sacramento County District Attorney Anne Marie Schubert credited Links for her dedication to the case.

"Yesterday I watched a 2017 news story done on Robin's murder by a local TV station" Schubert said. "The story featured Sgt. Links, as well as Robin's sister, Maria, you could see things in their eyes. You could hear things in their voices."

Links said she remembers the journalist who did that piece. It was KCRA 3's Ty Steele. He reconnected with Maria Arrick online, who currently resides in Arizona.

"What would you like to say to Robin Brooks about her suspected killer, who's in jail?" he asked.

"I was contemplating the past couple days to write her a letter," Arrick said. "I would explain, and talk to her, that I'm really happy that she gets to have some peace, and for me too. All of this will help bring closure. I would just say, I love her. I'm sorry for what happened."

Arrick also lived in Sacramento at the time of her sister's murder and blames herself for not being with her younger sister the night she was killed.

Links said she remembers the exact words she used to tell Arrick that they caught her sister's suspected killer.

"I want to tell you I found him, and she was in shock," Links said. "I expected her to scream or something. She was like, 'You did?' and it was amazing."

Both women are grateful to finally have some closure to the sad and painful event, while at the same time offering hope for other families out there, that their cold cases can still be solved.

"I don't want families to give up hope, that 'they haven't solved mine, is it not going to happen?'" said Links. "Keep the faith that we are trying and we hope for the families, we can help them."

Wilson was booked into the Sacramento County Main Jail and is scheduled to appear in court on Monday.