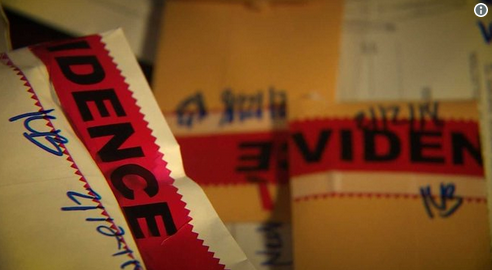 HOUSTON, Texas – Hundreds of rape kits in Harris County could have been compromised. This week, KHOU 11 investigates found out the Harris County District Attorney sent out letters saying there may be a problem with evidence collected at Memorial Hermann.

For the first time, we're getting a look at just how many cases could be impacted. The letters went out on 105 pending cases and 107 cases that have already been closed. A spokesman for the district attorney's office says there could be more cases at risk as this review continues.

It could be devastating news for a rape victim to learn their evidence could be called in to question in court.

The District Attorney's letter says, "The exterior box containing the collected evidence related to your case may have been unsealed for an undetermined period of time."

"It maybe just a puff of wind that goes quickly away, or it could be substantial," said Gerald Treece, KHOU 11 legal analyst.

Make no mistake, Treece says the letters give defense lawyers an upper hand.

"If it's related at all to the blood, semen or whatever was taken, that's going to make the conviction harder if you can't use the evidence itself," said Treece.

"We can't do our job if the kits don't get even make it to the property room to make it to us," Dr. Peter Stout, with Houston Forensic Science Center told us in March.

Memorial Hermann originally told KHOU, "The integrity of the physical evidence is sound... it has been properly collected, documented and sealed."

When we called them Thursday, they declined an on camera interview but said they're still standing by this statement.

khou.com | Hundreds of rape kits in Harris County could be compromised because of evidence collection problem

Records obtained by KHOU 11 Investigates confirms the cases that could be compromised date back to 2012. They include at least 92 sexual assaults of children, five of those sexual assaults of children under the age of 6.
https://www.khou.com/article/news/investigations/hundreds-of-rape-kits-in-harris-county-could-be-compromised-because-of-evidence-collection-problem/285-575735749
Tweet
How do you feel about this post?
Happy (0)
Love (0)
Surprised (0)
Sad (0)
Angry (0)
Tags:
rape kits
Up for auction: Crime evidence, unclaimed lost ite...
Americans can legally download 3-D printed guns st...
Comment for this post has been locked by admin.