After looking into a case of missing evidence in Madison County, Missouri, the I-Team asked Sheriff Katy McCutcheon if this happened in other cases. Her response? "Uh, I hope not. 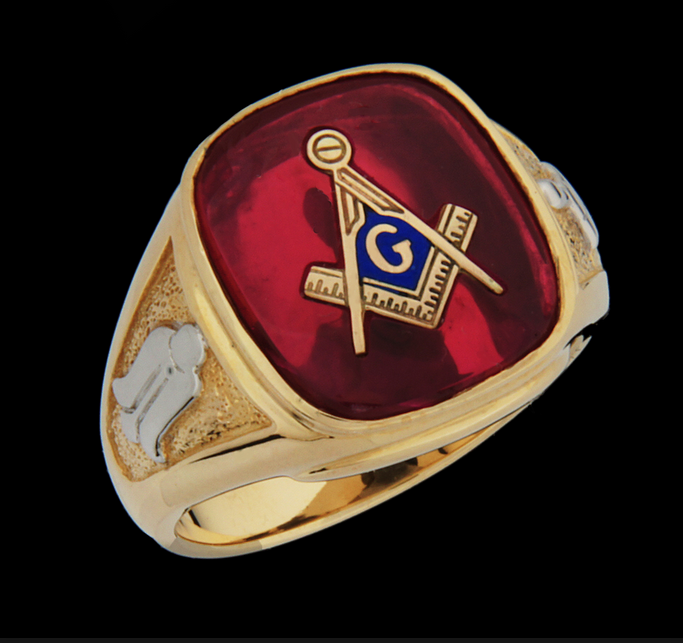 In this case, it was a piece of rare jewelry stolen during a home burglary.

Our cameras were rolling as our I-Team confronted the Madison County Sheriff about contradictions over what happened to that evidence.

Christopher Blair is part of the world's most well known 'secret society'.

Blair also had the mark of a Mason: a special Masonic ring he considered his lucky charm.

"It let other Masons know I was a Mason. It was made in England, and I haven't seen another one over here," said Blair.

Unfortunately, Blair hasn't seen his ring since it was reported stolen from his home last October. A month later, the Madison County Sheriff's Office arrested a man for burglary and some of Blair's possessions, including the ring, were located.

"Katy she showed me a picture of the ring," said Blair.

Blair said he was told he'd have to wait until the defendant's trial to get his ring back. By April, the suspect, known as Jason Andrew Frances, pled guilty to five felonies.

But Blair said the department's story changed after the suspect's trial.

"I was told no such ring existed," said Blair.

And that's exactly what Sheriff McCutcheon told us, no such ring existed, and the department certainly never had possession of it.

"It was basically my word against the sheriff's word, but I knew I had a ring and I knew it was gone and I knew they had it," said Blair.

So we caught up with the Sheriff in Fredericktown, and she doubled down.

"I have no paperwork, nothing saying there was a ring ever seized," McCutcheon said when we caught her outside a Fredericktown courthouse.

I-Team: "So no ring was found at the scene?"

McCutcheon: "No ring was found at the scene."

There's just one problem with that.

The I-Team located a sworn court document where an investigating officer says the ring was recovered from the thieves car and inventoried as evidence. The document is signed by Deputy James Neel, and reads, in part: "...knowing that false statements on this form are punishable by law, [I] state that the facts contained herin are true.During an inventory of the vehicle prior to towing it...a gold Masonic ring was also located in the car."

We took that document to Madison County and asked Sheriff McCutcheon why she kept telling Blair and the I-Team that her department never had the ring, when sworn statements indicated otherwise.

I-Team: "This is the warrant application. It says your deputy found the ring in the car."

McCutcheon: "Ok, well there was a gold ring but when the other deputy went ... I'm going off what the deputy says. That was, I guess, hearsay, I don't know why he put that."

I-Team: "You should know your facts if you're a deputy submitting something to the prosecutor. You can't lie. Is that a lie?"

McCutcheon: "I'm not going to answer that question."

I-Team: "If the deputy found the ring, where did it go?"

I-Team: "Is this warrant application a record?"

I-Team: "Is it just a case of missing evidence?"

McCutcheon: "It could be a case of missing evidence. Misplaced evidence," said McCutcheon.

I-Team: "It kind of begs the question, is any other evidence missing?"

Eventually, Sheriff McCutcheon told us she would speak with the deputy who wrote the report. We are still waiting to hear back.

So, we couldn't return with Blair's ring. But we showed him the document we found and asked him how does it felt reading it.

"I've never seen this before. So if they have it, where is it?" said Blair.

Even before we met her in person, Sheriff McCutcheon told us she would be willing to replace the missing ring.

That offer, she told us, still stands.

After looking into a case of missing evidence in Madison County, Missouri, the I-Team asked Sheriff Katy McCutcheon if this happened in other cases. Her response?"Uh, I hope not."
https://www.ksdk.com/article/news/investigations/i-team-questions-sheriff-over-missing-evidence/63-574433267
Tweet
How do you feel about this post?
Happy (0)
Love (0)
Surprised (0)
Sad (0)
Angry (0)
Crime scene tech suspended for misplacing evidence...
Up for auction: Crime evidence, unclaimed lost ite...
Comment for this post has been locked by admin.