A legal settlement filed Wednesday extends restrictions for three more years on when Los Angeles Police officers or other City workers may remove property that belongs to people experiencing homelessness from streets and sidewalks. 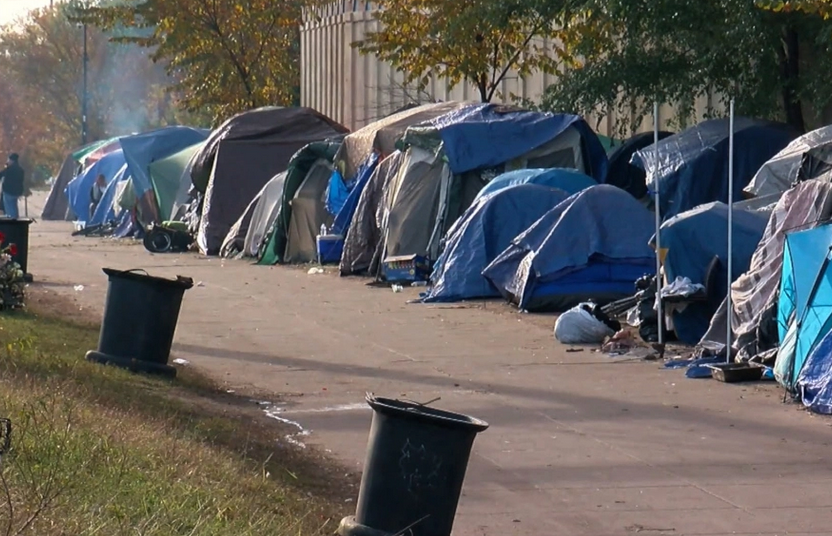 As part of the settlement the city will expand the restriction zone to a larger area of downtown bound by 2nd, Alameda, 8th, and Main Streets.

A legal settlement filed Wednesday extends restrictions for three more years on when Los Angeles Police officers or other City workers may remove property that belongs to people experiencing homelessness from streets and sidewalks.

Those restrictions have been blamed by Downtown business owners and residents for, in part, contributing to increasing reports of trash piles, vermin, and disease, including Typhus infections.

The agreement in the case titled Mitchell vs. City of Los Angeles ends a yearslong challenge by advocates for the homeless who argued the City was illegally destroying the personal property of people when they were arrested or had interactions with City officials.

As part of the settlement the City will pay the attorneys for the homeless plaintiffs $645,000, and will expand the restriction zone to a larger area of Downtown bound by 2nd, Alameda, 8th, and Main Streets.

The legal case was brought by advocates from several organizations including the Los Angeles Community Action Network, that said it hoped the settlement pushed the City toward finding and funding long term housing solutions, rather than fixating on street enforcement of municipal law.

"I hope this is the signal this is the sign, the proverbial crossroads, that insists we spend our money and our time on things that actually get people off the street," said LA-CAN executive director Pete White.

"In the interim, it is our hope that at least this provides some legal guardrails both for houseless people on the street as well as those public servants who are paid to treat the public humanely and responsibly," he said.

The City Attorney's Office said while the agreement continues certain limits on what sanitation workers and police can do, it rolls back even greater restrictions that had been imposed by a court order.

"In sum, the settlement provides the City the authority and flexibility it needs to address health and safety issues related to homelessness in the area covered by the agreement, and avoids the stricter limitations imposed by the court's injunction on the City's ability to clean and protect its public areas," the City Attorney's Office said in a statement.

The terms of the agreement require police officers and city workers to give the homeless 24 hours notice of any cleanups, a second, 30-minute warning of a cleanup, and the immediate return of property if a person demands it after a cleanup has begun. Cleanups are also prohibited if the temperature is below 50 degrees.

If a homeless person is being arrested the City has promised the person's property will be safely stored at a City building for at least 90 days, with a mechanism for people to reclaim their property as soon as 3 days after it's stored. There's also a provision for more immediate access if the property includes tents, sleeping bags, or blankets.

The City has also agreed to keep documentation of property seizures that happen within the settlement area to, "document compliance."

"The Mitchell settlement will only perpetuate the public health crisis that already exists in Skid Row and will set a precedent for the rest of the City that will normalize encampments," City Councilman Joe Buscaino said in a statement. "The City is sending a clear signal that we are turning the sidewalks in Skid Row into free, unlimited public storage, doing a disservice to the residents of Los Angeles especially those living on the streets."

Messages left with the attorneys who filed the case were not immediately returned. The legal agreement was filed in US District Court in Los Angeles.

Get the latest from NBC4 anywhere, anytimeby TaboolaPromoted LinksYou May Like2019: Little-Known Rule in La Cañada Flintridge, …Comparisons.orgIf Your Indoor Cat Vomits (Do This Every Day)Ultimate Pet Nutrition15 Historical Facial Reconstructions Of Fa…History101Lawyers for Freed Navy SEAL Want War Crime Case DismissedHundreds of Pages of Jussie Smollett Case Files ReleasedPepper Spray Phase Out to Start at Juvenile Camps in JulySPONSORED LINKSMORE FROM NBC Los AngelesIf Your Dog Eats Grass (Do This Everyday) (Ultimate Pet Nutrition)Switch and save an average of $699. Savings make me smile. (Progressive)For investors who don't act on cannabis: "cannabis is going to take … (The Motley Fool)3 Warning Signs Your Dog Is Crying For Help (Dr. Marty)Top Cardiologist: This One Thing Will Properly Flush Out Y… (Gundry MD Supplements)Rotting Trash Piles Sky-High in LA, Attracting Rats and Raising Concerns …Los Angeles County Aims to Improve Child Welfare ResponseJenelle Evans 'Stunned' After She and David Eason Lose Custody of Their 3 C…Homicide Suspect Arrested After Pursuit and BarricadeBaby Girl Found Dead in Bellflower Was Daughter of Missing Man, Officials Sayby TaboolaPromoted Links