Metro has many warehouses around the city that house recovered property 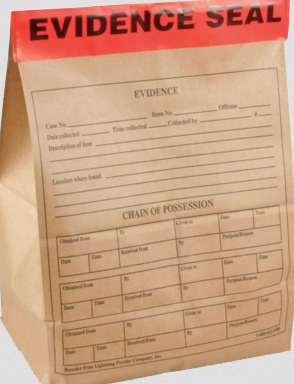 Burglars stole your stuff. The police recovered it. What comes next?

Enter the reason for the Evidence Vault, which isn't really a vault at all, as attendees learned at a recent First Tuesday seminar. On hand for the February talk at Northwest Area Command, 9850 W. Cheyenne Ave., were Anita Saucedo and Aimee Mendoza, both longtime evidence technicians with the Metropolitan Police Department. They and the roughly two dozen other Metro employees with the Evidence Vault are tasked with picking up evidence, bar-coding it, entering it in the computer and storing it in a warehouse.

IT'S ACTUALLY A WAREHOUSE

Metro has many warehouses around the city that house recovered property. North Las Vegas and Henderson have their own evidence vaults that operate much the same way.

Metro alerts people if their property is recovered. To retrieve it, people must prove their identity. If the property is evidence in a case, the matter must be resolved in court before the items can be released.

No matter the situation, Metro requires the event number, which is provided when one fills out a police report, before one can retrieve items.

"We have over a million items in our inventory, so it's not like we can look it up by your name," Saucedo said.

Metro frequently recovers firearms, which go through a lengthy process.

If the proper owner cannot be found, the gun "goes into a machine and gets chewed up," said Capt. Richard Fletcher.

Frequently asked questions include, "Can I come down and look for my property on your shelves?" No.

"And there's a misconception that we can find your property by description. People go, 'It's a blue bicycle.' Well, we have about a thousand of those," Mendoza said.

The best way to get your items back is to keep track of them before they're stolen, Metro said. Mark down the serial numbers. Note the make and model. Take a photo if an item, such as jewelry or a watch, is hard to describe.

People have 90 days to pick up their recovered items. If an item is unclaimed by the owner, someone else can buy it via propertyroom.com. The site was started by a former law enforcement officer and includes unclaimed items from police agencies nationwide.

"It's kind of an eBay format," Saucedo said. "Some really great stuff goes on there."

A portion of the money from sales through propertyroom.com goes into Clark County's general fund. Metro employees are prohibited from buying unclaimed items.

Kathy Cassell, crime-prevention specialist, handed out forms for homeowners to list their items. Residents also can go to Metro's site and click "crime prevention documents," she said. Another option? Go to reportit.com, where one can upload pictures of your items should detectives need to search pawnshops for your possessions.

"We all have Grandma's ring or brooch. You have to take a picture of that," Fletcher said. "You can show us those photos for when we go to the pawn shops or start cruising eBay or Craigslist. It breaks my heart when somebody says, 'It was passed down from generations' and I have to say, 'Well, guess what? It's probably melted down by now.'"