Smith said the costume jewelry — a ring found in a burn barrel during a homicide investigation in 2016 — was checked out by an investigator about three months after he took office that same year. The ring was never returned. 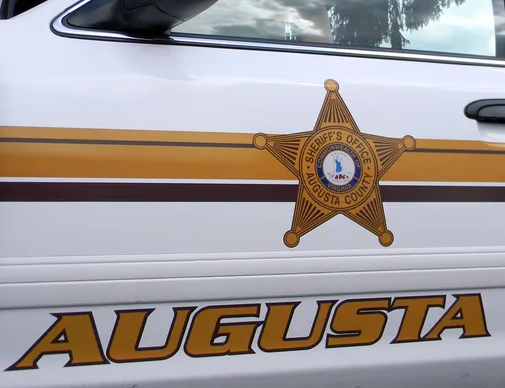 An internal affairs investigation has been launched, the sheriff said.

Smith said the costume jewelry — a ring found in a burn barrel during a homicide investigation in 2016 — was checked out by an investigator about three months after he took office that same year. The ring was never returned.

The evidence was linked to the investigation of Melvin Spencer, a Crimora man who was convicted that same year and sentenced to life in prison for the 2003 killing of his wife, Joanne Spencer. The case had languished for years before Smith took office.

In the press release, Smith said the investigator was attempting to determine if the ring was evidence Spencer had killed additional women and disposed of their bodies in a burn barrel on his property.Spencer has long been a suspect in the disappearance of his live-in girlfriend, 35-year-old Margaret Gail-Stamper White. She was reported missing in 2008, about five years after Spencer killed his wife.

The missing evidence from the Spencer case, still listed as "out," was uncovered by the auditing agency — the Virginia Law Enforcement Professional Standards Commission — on Sept. 11.

The internal probe began a day after the ring was discovered missing.

Smith took responsibility for his employee's actions, but said there are no problems with the evidence room, itself the center of controversy four years ago.

"Let me be clear, the integrity and credibility of the evidence room is not in question," he said. "The handling of this evidence by the investigator is still pending investigation.

The sheriff's office has had troubles with its evidence room before Smith took office.

In 2015, nearly $4,000 in seized drug money went missing from the evidence room, along with a digital scale, a small bag of marijuana, another small bag with a "crystal substance" and other items.

Randy Fisher, who was sheriff at the time before retiring, theorized the seized money, which was kept inside an evidence room safe in two separate packages, fell onto the floor and into a trash pile beneath the safe. He said it was inadvertently thrown away and most likely buried in the landfill.

Based on a 2016 search warrant that wasn't unsealed until last year, it's clear that police suspected Fisher and his son, Alex Fisher, might have handled some of the missing evidence from the sheriff's office.

Because of the evidence room probe, Alex Fisher was convicted in 2018 of petty theft for stealing a handgun from his father's safe that he kept at his Augusta County residence. Initially, the sheriff's office was listed as the victim in the case, but Alex Fisher's attorney asked that Randy Fisher be noted as the victim. Fairfax Assistant Commonwealth's Attorney J. David Gardy handled the prosecution for the state.

The missing cash from the evidence room was never recovered.

Smith said that since 2016 the evidence room is now audited on a yearly basis. However, in the press release he said the discrepancy involving the missing ring was not revealed by the annual audit because the item was signed out to an investigator.

Smith said that based on feedback from the standards commission, he has implemented new procedures to ensure that items checked out by deputies are "tracked and monitored in a timely manner. " The sheriff also said packaging procedures for jewelry and precious metals were immediately changed.

Smith said six new cameras were mounted in the evidence room after he took office, evidence and handing training was added for deputies, and said in the press release that "policy and procedures have been completely updated and digitalized for deputies to have quick access via computer and/or smartphone."

On Tuesday, the commission's board declined to grant accreditation to the sheriff's office. Despite the setback, Smith said he still hopes to have the agency accredited.

"This is the first step in the accreditation process, and we will pursue our opportunity to be reheard on the matter as we will note an appeal within the next several days," he said.

The Staunton Police Department has been accredited every three years by a national agency since 1995, but the process has since been changed to a four-year cycle. Its next accreditation attempt is slated for next year, according to Capt. Leslie Miller.

"It's a tremendous process," Miller said. "It's something we work on all the time, and it requires constant maintenance."

The Waynesboro Police Department does not participate in the accreditation process. Chief Michael Wilhelm said before he was appointed in 2011, the department attempted to gain accreditation.

However, when the recession hit full bore in 2008, plans were scrapped after the city cut some police staff, he said.

"It boils down to manpower," Wilhelm said.

While some of the staffing issues have been resolved, Wilhelm said funding would still be needed for an accreditation manager to oversee the process.

“Let me be clear, the integrity and credibility of the evidence room is not in question," Sheriff Donald Smith said.
https://www.newsleader.com/story/news/local/2019/10/09/sheriffs-office-denied-accreditation-internal-affairs-probe-launched/3924520002/
Tweet
How do you feel about this post?
Happy (0)
Love (0)
Surprised (0)
Sad (0)
Angry (0)
Tags:
missing evidence
New California Law Says Rape Kits Have to Be Teste...
2 Chicago officers charged with stealing drugs, ca...