Donnie London, 60, was arrested and booked with first-degree murder Wednesday (Jan. 20) in connection with the death of Elma Kolman, 73, after DNA testing linked him to her death 31 years later. 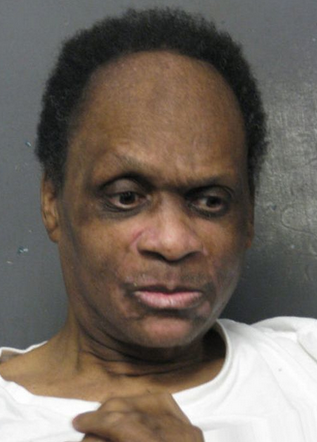 Donnie London, 60, was arrested and booked with first-degree murder Wednesday (Jan. 20) in connection with the death of Elma Kolman, 73, after DNA testing linked him to her death 31 years later. Kolman's body was discovered April 7, 1984 in the 300 block of Monticello Avenue in Old Jefferson. Authorities determined she had been sexually assaulted and strangled. (Photo

Judge Stephen Grefer of the 24th Judicial District Court sentenced London to 21 years in prison in an unusual hearing held inside the Jefferson Parish Correctional Center in Gretna. London has never made an appearance in the courthouse since his arrest because he has paraplegia.

The jail does not have the proper wheelchair to transport him to the courthouse, Fleming said.

Kolman's niece, Diane Kolman, 84, was at the jail for London's guilty plea. He spoke only to the judge, answering questions with a yes or no, and did not apologize for the killing, she said.

"Do I have sympathy for him? No," Diane Koleman said. "We still don't know why."

Elma Kolman was reported missing on April 6, 1984, by friends after she missed a lunch date, a relative said. No one had spoken to the retired New Orleans Public School System teacher for two days.

A passerby found Kolman's body in a vacant lot in the 300 block of Monticello Avenue on April 7, 1984. A cord from the hood of her jacket was wrapped around her neck, according to the Jefferson Parish Sheriff's Office.

Kolman's death alarmed residents in the neighborhood. The crime went unsolved for more than three decades until the Sheriff's Office conducted a periodic cold case review.

Investigators developed a DNA profile from evidence in the case which was a match for Donnie London. His profile was on file with the FBI's national criminal database.

Homicide investigators tracked London down in a Plaquemine, Louisiana, nursing home where he was bedridden. London admitted killing Kolman to detectives when they paid him a visit last year, the Sheriff's Office said.

London told investigators he intended to rob Kolman when he saw her walking near the lot on Monticello. He raped and killed her when she resisted, the Sheriff's Office said.

Diane Kolman knew a jury might feel sorry for London. After all this time, she wanted to get her aunt justice and get it over with.

The 21-year sentence handed down by Grefer was the maximum punishment for a manslaughter conviction in 1984, Fleming said.

"His life isnt going to change, day-to-day, from when he was discovered in the nursing home," Diane Kolman said. "He's incapable of doing anything but watching TV. He's going to be bedridden wherever he is."