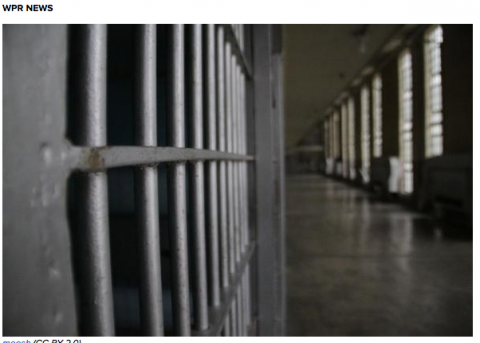 Daryl Holloway was released from Green Bay Correctional Institution Wednesday morning after serving 24 years for crimes he did not commit.

Holloway was convicted of sexual assault and armed burglary in 1993. He was sentenced to 120 years. Milwaukee County Circuit Judge Jeffrey Wagner signed an order freeing Holloway on Tuesday. A now-retired Milwaukee assistant district attorney reviewed the case file last spring and discovered conflicting DNA analyses issued by two different labs. That means at least one of the labs made a mistake.

The new results conclusively excluded Holloway as the perpetrator. "It's kind of a bittersweet moment," Findley said. "It's so sweet to achieve justice for somebody but it's bittersweet because it comes on the heels of so much suffering and so much injustice for all those years."

Findley said cases like Holloway's are reminders that the criminal justice system makes mistakes and that it needs to be improved. "We learn from these cases that the things that produce these errors are systemic," Findley said. "They are features of the system that we can address, that we can try to improve so we can minimize the risk of error in the future." Findley used Holloway's case as an example of basing evidence on shaky eye-witness identification. The victims in Holloway's case positively identified him before his conviction.

"We learned by looking at all these cases that that is, among the DNA exonerations, that is by far the leading cause of wrongful convictions,"

Findley said. In order for the system to improve and reduce the risk of errors, Findley said there should be more attention paid to wrongful conviction cases as learning opportunities. He said there needs to be changes in the way evidence is handled and collected, the way cases are tried and prosecuted and the way cases are considered post-conviction. Wisconsin's compensation for people who have been wrongfully convicted is the lowest in the country.

Compensation is $5,000 a year with a cap of $25,000. Federal compensation is $50,000 a year capped at $1 million. Findley said that needs to change. "The system's just not designed to take care of people like Mr. Holloway when they get out to help them reclaim their lives," Findley said. "We've got to do something to improve that so that we don't continue to inflict suffering upon people who have been wrongly convicted."

The Wisconsin Innocence Project is working on about 60 cases.

Daryl Holloway was released from Green Bay Correctional Institution yesterday morning after serving 24 years for crimes he did not commit.
http://www.wpr.org/milwaukee-man-released-after-serving-24-years-wrongful-conviction
Tweet
How do you feel about this post?
Happy (0)
Love (0)
Surprised (0)
Sad (0)
Angry (0)
Johnstown police officer who overdosed is identifi...
Probe into cash missing from State Police evidence...
Comment for this post has been locked by admin.