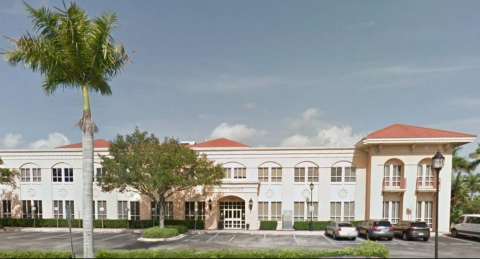 BRADENTON — There is money missing from the Bradenton Police Department's property and evidence room.

The exact amount is not yet known.

The department has been investigating the "internal theft" ever since Chief of Police Melanie Bevan was sworn in seven months ago.

Bradenton investigators are working alongside federal agents to determine the scope of the loss.

The existence of the ongoing criminal investigation was revealed by political candidates vying for office, according to a scathing news release Chief Bevan sent Wednesday.

"Recent inaccurate and irresponsible verbal and written comments presented by candidates seeking political office in Bradenton are fueling numerous inquiries into what I am making clear today is an ongoing active criminal investigation," Bevan wrote. "These individuals' comments also call into question the integrity and ethics of the Bradenton Police Department by casting doubt on our ability to effectively identify and investigate incidents of criminal misconduct."

Bevan said that she was hired by Mayor Wayne Poston to resolve the property room investigation and to insure that "all police services provided by BPD are resolved in the same professional and lawful manner Bradenton citizens have come to expect."

"This investigation was initiated before the onset of our local political season, and will proceed in due course and in accordance with all Rules of Law until such time the matter is brought before the Court," Bevan wrote. "Transparency stands as one of BPD's Organizational Values, and I am certain that upon release of all details surrounding this investigation, our citizens will maintain their confidence in BPD as a competent, full-service police agency that stands ready to serve its community."

Affolter, who is supervising the investigation, was similarly displeased that the probe had been "outed."

"The premature release of any information can hinder it," he said.

The police captain acknowledged that his investigators have developed suspects, whom he declined to identify.

Property and evidence rooms are usually the most secure facilities at a police department, which access limited to only a few clerks.

It is not known if the theft will affect evidence involved in other criminal cases.

Affolter acknowledged that the recent revelation could harm the outcome of the probe.

He said that more information would be released when the investigation concludes.