The allegations said members of the department improperly erased, altered or corrupted footage from body cameras 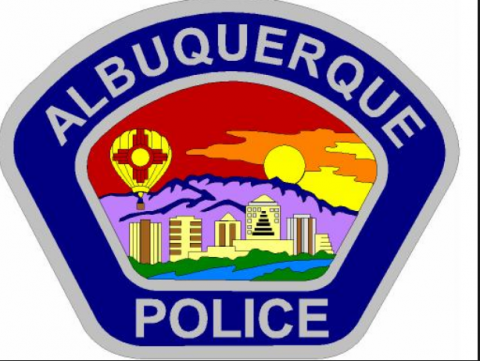 City Attorney Jessica Hernandez and Police Chief Gorden Eden told city councilors late Monday that they will get in touch with federal prosecutors today and cooperate if necessary. But they're also starting their own investigation, they said.

The allegations — outlined in an affidavit by APD's former records custodian, Reynaldo Chavez — shook City Hall as the Berry administration tries to build public confidence in the police department. A U.S. Department of Justice investigation in 2014 found that APD had a pattern of violating people's rights through the use of force.

"No matter how these allegations pan out," said Councilor Pat Davis, a former police officer, "I think they have a big impact on public confidence and it also raises questions about APD's process for evidence control."

Hernandez and Eden assured councilors Monday that the original footage taken by officers' body-worn cameras is retained by their record-keeping system, even if someone tries to redact material.

Eden said it takes time to blur someone's face in video for privacy reasons, a cumbersome process for the department.

"We are not a television or movie production studio," he said.

Hernandez said the computer system tracks all changes to the video, creating an audit trail that can be checked afterward.

"There has not been any evidence so far to substantiate these allegations," she said, but the matter is still under investigation.

The allegations surfaced Friday in an affidavit by Chavez, the former records custodian at APD. He was fired last year and is now suing the city.

In the nine-page document, Chavez said that, since 2013, APD has permitted training of certain police units and command staff on how to edit video, "meaning you could delete video and add images and blur video and/or corrupt the videos so that they were either not usable or altered."

The motivation, he said, was that the "city wanted to appear to be following Chief Eden's edict to record all encounters with civilians on the one hand, while, at the same time, preventing any damaging recordings from reaching the public."

Video of police shootings, in some cases, showed signs of having been tampered with, he said.

Albuquerque city councilors -- both Democrats and Republicans -- said an investigation is appropriate.

"It's troubling," City Councilor Trudy Jones said in an interview, "but I think we should be very careful about not moving to a guilty verdict before we see what's happened."

"Allegations of this magnitude must be scrutinized (and) investigated with nothing left unturned," Sanchez said.

In a written statement to the Journal, Berry spokeswoman Rhiannon Samuel raised questions about the credibility of Chavez.

"The mayor has been informed that APD has an ongoing investigation into these claims and that no evidence of wrongdoing has been found," she said. "The mayor was also informed that although Mr. Chavez has submitted a previous affidavit on this topic with false information, the department takes any claims regarding the integrity of preservation of evidence very seriously."