Deputies in the 'cool kids club' were spared, while others were scapegoated, ex-sergeant testifies in confidential hearing 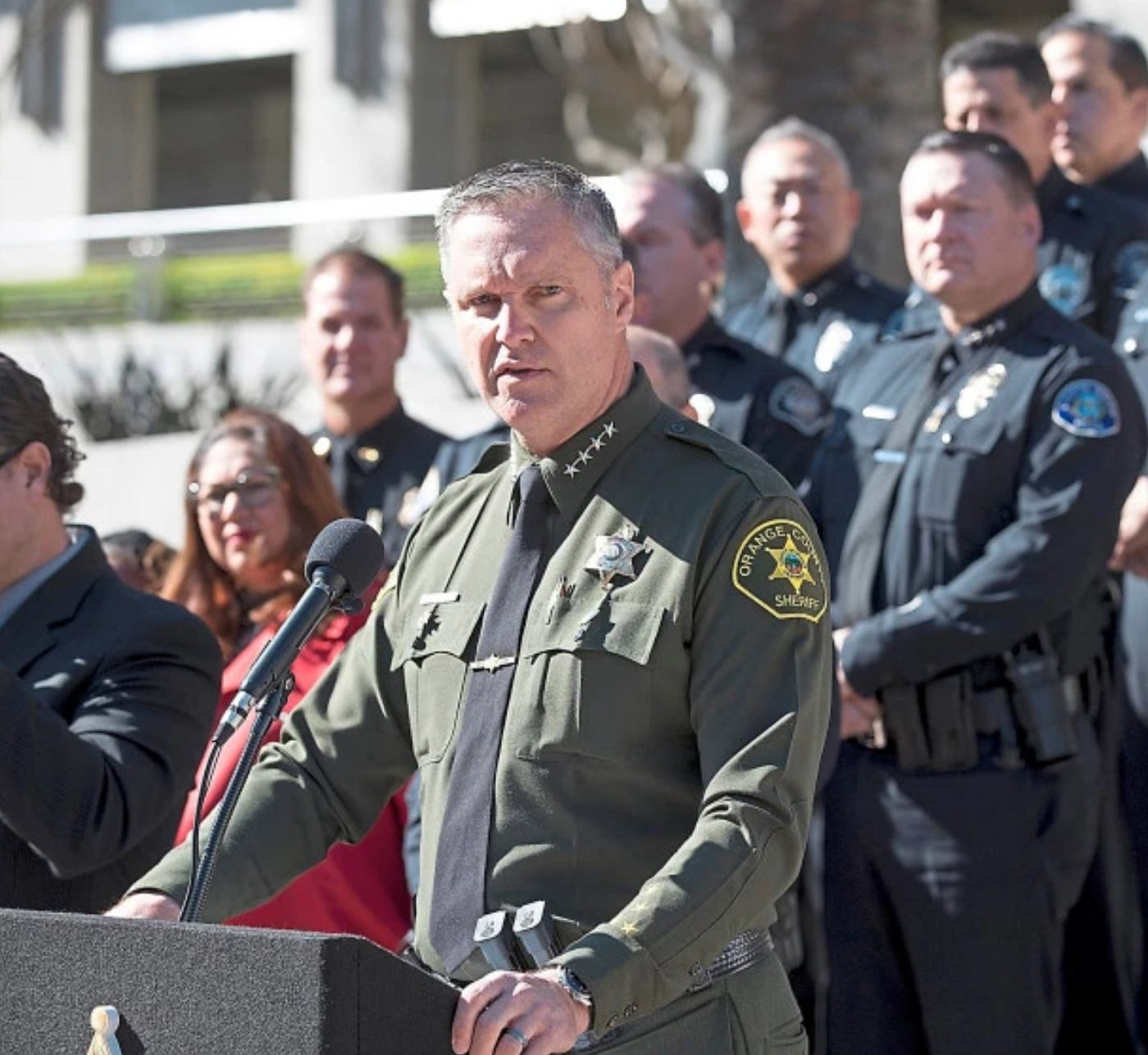 Orange County sheriff's officials selectively punished deputies who mishandled evidence over a two-year period, protecting some employees deemed to be in the "cool kids club,"' according to recent testimony during a confidential personnel hearing.

Retired Sgt. William West testified in September that he was told by Detective Kristin Hayman, who worked on an audit of evidence problems, that deputies favored or assigned to special details were spared punishment.

"She told me that they had submitted a list of people who were basically deemed egregious offenders … in terms of booking things late, booking things … improperly — or not booking them at all, and that there was a disparity in treatment as far as the investigation and the attention that they got," West testified.

He said he asked why some deputies were given disparate treatment, getting suspended or worse. Fifteen deputies were referred to the District Attorney's Office, which declined to file charges against any of them.

'Special treatment' for some

"She referred to it as the 'cool kids club' and that certain people that were in special details and special units were getting special treatment, and they were either being removed from the list entirely or they were just getting a slap on the hand," West said in sworn testimony, under penalty of perjury, obtained by the Orange County Register.

West's testimony came during a closed-door arbitration hearing for a deputy fired as part of the evidence audit uncovered by the Register. Sheriff Don Barnes did not disclose the audit for nearly two years, until after his office was contacted by the Register in mid-November.

Barnes did not return a request for comment Friday.

In all, four deputies were fired, seven were disciplined and four cases are pending because of the audit, which looked at the period from February 2016 through February 2018. It found nearly one-third of the physical evidence — including guns, drugs, cash and photographs or videos — was booked later than the deputies' end-of-shift deadline. Nearly 300 items didn't get booked for more than a month, the audit found.

A second review, which looked at a sampling of 450 reports, found that deputies in 57 cases said they had booked the evidence when they had not.

One of the deputies allegedly in the "cool kids club" and not punished for mishandling evidence is Phuong Nguyen, according to West's testimony and emails sent to sheriff's brass.

In testimony during the arbitration hearing, retired Sgt. Mike Scalise said Nguyen was involved in an on-duty altercation with another deputy and later challenged him to fight after their shift.

Scalise said he talked to a lieutenant who "expressed that hey, sometimes you have to call someone out."

"It was kind of frustrating. It's like, we should address this because it's only going to get worse. Part of the thing … was that Deputy Nguyen and a few of his other partners were not following (the other deputy) on calls, which is an officer safety issue."

Scalise also testified that he reported to supervisors that Nguyen sat on evidence, such as a purse and a box of old bullets, for a long period of time. In fact, the purse had still not been booked when the owner came looking for it after getting out of jail.

Scalise's testimony is backed by an Aug. 2, 2018, email from a union attorney about West and the Nguyen situation. It was sent to then-Sheriff Sandra Hutchens, who forwarded the email to then-Undersheriff Barnes — who was campaigning for sheriff — and Assistant Sheriff Jeffrey Hallock.

"Sergeant West has informed AOCDS that his superiors have covered for a rogue deputy; asked him to destroy evidence of an unreported use of force; and routinely instructed deputies and civilians to violate deputies' rights" under the Peace Officer Bill of Rights, said the email from attorney Adam Chaikin.

Hallock responded to the email that West's allegations would be investigated.

But in a statement Thursday, sheriff's spokesperson Carrie Braun said West's "outlandish allegations" — as relayed by the Register — were never reported to the department.

Among the allegations, West testified that more than 60 internal affairs complaints were buried and not investigated from 2013 to 2018. He said he was instructed to hide the internal affairs information and — in one case — to destroy the file.

Union President Tom Dominguez noted that West, in fact, did his due diligence by going to the Association of Orange County Deputy Sheriffs.

"When a member comes to AOCDS with allegations of wrongdoing by management, we believe, as a professional law enforcement organization , that we have an obligation to forward the information to the sheriff," Dominguez said. "What occurs after the information is forwarded is out of our control."