Imagine every rape victim in Oklahoma being able to track their rape kit, from the time, the evidence is collected 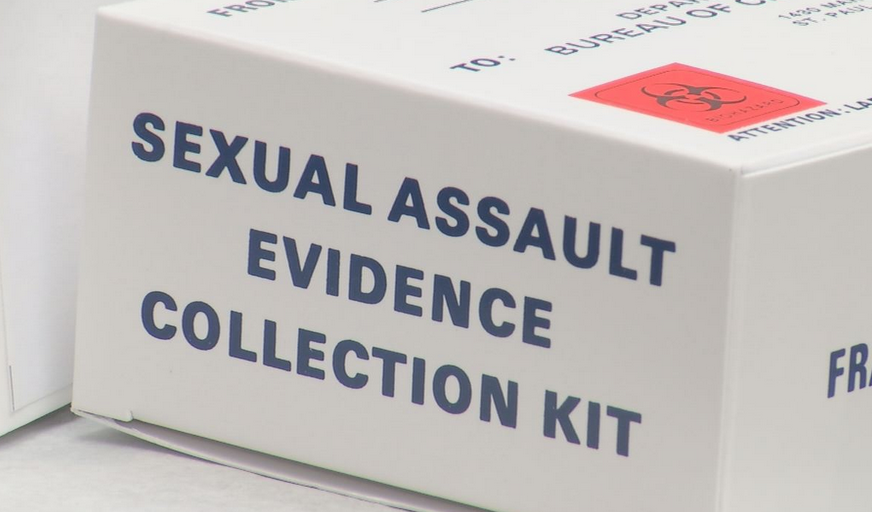 Imagine every rape victim in Oklahoma being able to track their rape kit, from the time, the evidence is collected at the hospital to when it's handed over to police, when it shows up in the property room, even when it's at the lab being tested. That's exactly what this sexual assault task force will recommend.

"Anywhere a victim is with access to the internet, they'll be able to track the status of their kit," said Sgt. Jillian Phippen of TPD Special Victims Unit.

If the governor agrees, every rape kit in Oklahoma would have a barcode and once the kit is used during a rape exam, the victim would be given a specific number for their kit, so they could log in and track its progress.

"It's a very secure site, you won't be able to get in and find anybody's name," said Sgt. Phippen

Only victims, law enforcement, and medical professionals could log in. Tulsa currently has 3,000 untested kits, but police say it's because a victim does not want to prosecute or the suspect admits it's their DNA or the statute of limitations has expired.

"We have always tested the kits that need to be tested," said Sgt. Phippen.

Most people agree, it would be great to test all the kits because the DNA data could point to or solve other cases, but departments don't have unlimited manpower and money, so they have to pick their priorities.

"The main thing is we protect our victims, support our victims and put bad guys in jail. Nobody wants a rapist on the streets and we don't want one in the City of Tulsa," said Sgt. Phippen.

In addition to the statewide tracking database, the task force will suggest new protocols for how to test kits and how to decide which ones get tested first.

Imagine every rape victim in Oklahoma being able to track their rape kit, from the time, the evidence is collected at the hospital, to when it's handed over to police, when it shows up in the prope...
http://www.newson6.com/story/38437186/task-force-suggests-allowing-victims-to-track-rape-kit-progress
Tweet
How do you feel about this post?
Happy (0)
Love (0)
Surprised (0)
Sad (0)
Angry (0)
Tags:
rape kit tracking rape kit
Beloit Police chief regrets that ignored rape kit ...
FBI wants to cremate remains found in Detroit body...
Comment for this post has been locked by admin.