While family — even Simmer's mother — long suspected Simmer, the homicide unit wasn't able to pin the killing on him until Schneider ordered tests in 2016 on a DNA sample found on Blanchard's doorknob 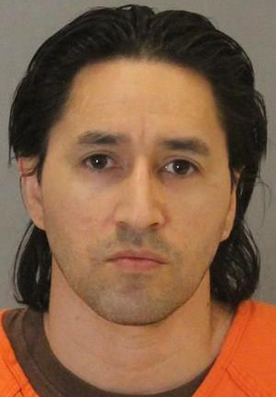 Rarely is a case tinged with so much irony.

Consider: Joy Blanchard, 50, was a peace lover who loved to throw parties for friends and family. Her nephew and killer, Charles Simmer, was a loner with few friends. In fact, Blanchard had been one of the few people to take him under her wing.

Consider: At one of Blanchard's parties, friends and family gathered to celebrate the Mexican holiday the Day of the Dead — and Blanchard lit candles and invited partygoers to share memories of loved ones who had passed away. Hours after the party ended, Simmer brutally beat and stabbed his aunt to death.

And then there was this: In a cold case that lasted 10 years from crime to conviction, it took just 10 minutes Monday for Douglas County District Judge Thomas Otepka to sentence Simmer, 34, to a life term for the Nov. 3, 2007, slaying of his aunt.

Monday, the day of his reckoning, Simmer said nothing. In turn, Blanchard's family members — in the front row, to honor Blanchard — also said nothing.

"I did not expect him to say anything," said Sarah Pithan, Blanchard's daughter. "It's part of the reason we didn't say anything either. There just not much to talk about, after all these years."

Others who spoke chose to talk about Blanchard's love of life. Prosecutor Amy Jacobsen, a deputy Douglas County attorney, noted Blanchard's spirit. Blanchard had moved from New Orleans to Omaha at age 8 and loved to cook big meals and have big gatherings in her kitchen.

"She gave a lot of joy and happiness to a lot of people," Jacobsen said. "I had an opportunity to talk to many of Joy's friends. One of them summed up their loss by saying, 'He took our Joy from us.' "

Said Pithan: "She was pretty amazing. It's an unfortunate way to know her, but a lot of people now know her because of her death."

The death stuck with Omaha Police Detectives Todd Kozelichki and Dave Schneider. It was one of the last cases Kozelichki — now a sergeant — worked as a homicide investigator.

Blanchard was found bludgeoned to death at the bottom of her stairs. Two knives were stuck in her neck.

While family — even Simmer's mother — long suspected Simmer, the homicide unit wasn't able to pin the killing on him until Schneider ordered tests in 2016 on a DNA sample found on Blanchard's doorknob.

Both that sample and a sample taken from the bottom of a spindle used to beat Blanchard matched Simmer's DNA. A jury convicted him in March.

Blanchard and her boyfriend, Kenneth Langhorst, had put Simmer up when he fell on hard times. They had asked him to leave — and Simmer left on peaceful terms — a couple of years before the slaying. Then a few months before the slaying, Simmer asked Blanchard for money.

"The thing that sticks with you is just the way Joy was," Kozelichki said. "She was such an important person in so many people's lives. People gravitated to her. And then you see how she was killed, which was extremely brutal. It's just something that you can never forget."

Omaha man is sentenced to life in prison for 2007 slaying of his aunt | Crime & Courts | omaha.com