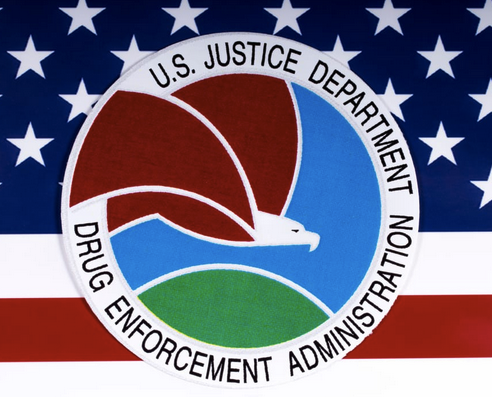 A former U.S. Drug Enforcement Administration (DEA) special agent and a former DEA task force officer were convicted Tuesday by a federal jury in New Orleans, Louisiana, in connection with a long-running scheme to steal personal property and money from individuals who had been arrested.

According to court documents and the evidence presented during trial, Scott and Gemar both engaged in a long-running scheme to steal personal property and money from arrestees. Specifically, between 2009 and 2016, Scott and Gemar stole the personal property of arrestees, including items like wallets, phones, and keys. Instead of logging these items into evidence or returning them to the owners, Scott and Gemar would store the property in their desks and later throw it out. Scott and Gemar also took money from the pockets of arrestees, pilfered money from the wallets of individuals whom they arrested, and skimmed money off of cash seizures made by the DEA. After a co-conspirator was arrested in January 2016, Scott and Gemar, along with another colleague named Karl Newman, destroyed the evidence of their crimes, in part by throwing the evidence into the swamps outside New Orleans. They also used approximately $4,800 in money stolen from arrestees to pay for an attorney for their arrested co-conspirator.

"As law enforcement officers, Chad Scott and Rodney Gemar were entrusted with a special responsibility — to protect the the communities they served," said Acting Assistant Attorney General Nicholas L. McQuaid of the Justice Department's Criminal Division. "Instead of promoting justice, they violated the public trust to satisfy their own greed and to hurt individuals they arrested. This conviction sends a clear message to the public that law enforcement officers who corrupt their responsibilities will be held accountable."

"Scott and Gemar conspired to steal from the people they arrested, and in doing so, compromised cases and undermined the values they swore to uphold as federal law enforcement officers," said Special Agent in Charge Douglas B. Bruce of the Justice Department's Office of the Inspector General (DOJ OIG) Denver Field Office. "Justice was served. They have been held accountable for their corrupt actions."

"The convictions of Chad Scott and Rodney Gemar should send a clear message that law enforcement officers who tarnish their badge for their own personal gain are not above the law and will be held accountable," said FBI New Orleans Special Agent in Charge Douglas Williams Jr. "We thank our partners at DOJ, DEA-OPR, and DOJ-OIG for their strong partnership and unrelenting pursuit of justice."

"The convictions of Chad Scott and Rodney Gemar send a clear message to the public that law enforcement officers will be held accountable when they violate the laws they were entrusted to uphold," said DEA Chief Inspector Brian McKnight. "DEA appreciates the partnership of all law enforcement entities who collaborated to reach this outcome."

Two other former Tangipahoa Parish Sheriff's Office deputies who had been serving as DEA task force officers in New Orleans have pleaded guilty in this investigation. Karl Emmett Newman, 54, of Kentwood, Louisiana, pleaded guilty to unlawfully carrying a firearm in furtherance of an August 2015 robbery, which was disguised as the execution of a search warrant, as well as misappropriating money confiscated by the DEA during another search. Johnny Domingue, 32, of Maurepas, Louisiana, pleaded guilty to possession of cocaine and misappropriating money confiscated by the DEA.

Enter some description here...
https://www.justice.gov/opa/pr/former-drug-enforcement-administration-special-agent-and-task-force-officer-convicted
Tweet
How do you feel about this post?
Happy (0)
Love (0)
Surprised (0)
Sad (0)
Angry (0)
Man charged in cold-case murder of Mitchell County...
Roughly 50 buried pill bottles discovered in backy...
Comment for this post has been locked by admin.