A 25-year-old Las Vegas murder case has been solved, and the killer has
confessed. The victim was killed in her east Las Vegas home, and police
were stymied for more than two decades. 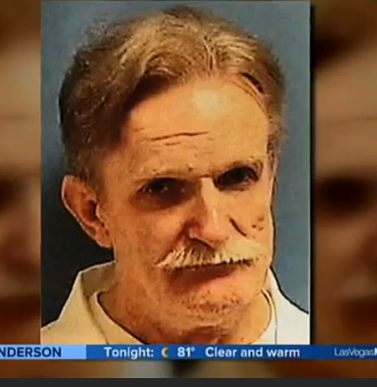 Two veteran detectives, brought out of retirement to work nothing but cold cases, took the clues gathered by previous investigators and traveled to another state to confront the suspect.

"You still hear that great sense of relief in a family member that somebody has been caught. Somebody is going to pay a price for what happened," said retired Metro Police Detective Ken Hefner.

For the first time since Hefner came out of retirement last fall to work cold case homicides, he and his partner Dean O'Kelley have had reason to call the families of murder victims to give them good news.

This victim was Carol Bishop, who worked at a 7-Eleven on Maryland Parkway near Tropicana Avenue and lived in a house a few blocks away. On the morning of November 11, 1991, Bishop failed to show up for work. Her boss called, then came to her home to check on her.

"After knocking on the door, he went inside and found her lying on the bedroom floor dead," said Metro Police Lt. Kyle Edwards in 1991.

Investigators scoured the crime scene and collected fingerprints, including from a statue that had been used to bash Bishop's head. She was also stabbed multiple times. A pizza delivery man saw Bishop in her home with a guest prior to the murder.

"The crime scene suggests there were two people there eating pizza and drinking," Hefner said. "The pizza man saw a guy in the door when he delivered the pizza."

The fingerprint system in 1991 wasn't as integrated as it is today. Prints from inside the home were checked back then, but no match was found.

Hefner says a detective who worked cold cases before him did an update on the prints a few years ago, checked again and found a match. Because of Metro's budget crunch, however, that was as far as it went.

Hefner and O'Kelley took it from there. The physical evidence led them to a suspect named Dale Bryant, who served time in Idaho for rape and burglary. He was arrested in Las Vegas as far back as 1981, escaped, then robbed and stabbed a local woman.

"In 1987, he gets out. He times out. He's done his time. Three days later, he is right back here," Hefner said. "He is registered as an ex-felon, and he was here until this murder, after which he fled the state. Three months after fleeing Nevada and this murder, he kills another woman in Arkansas and was captured and convicted."

In late May, Hefner and O'Kelley flew to Little Rock, Arkansas to interview Bryant in prison. He eventually told them he could not remember the events, because he was a heavy drinker back then. The detectives told Bryant, since he is never getting out of prison alive, he might as well confess.

"He doesn't say anything for several minutes, and Dean and I are sitting there and waiting, and he tells us, 'I'm not going to give you a statement, but I did it,'" Hefner said.

Hefner says Bryant and his victim lived near each other, frequented local bars and were drinkers. It's not clear what set him off that day, but, based on Bryant's history, he had serious problems with booze and women.

"She died a violent tragic death for no reason," said Hefner.

This is the second cold case murder solved by Metro Homicide in the last few weeks.

Copyright 2016 Nexstar Broadcasting, Inc. All rights reserved. This material may not be published, broadcast, rewritten, or redistributed.

A 25-year-old Las Vegas murder case has been solved, and the killer has confessed. The victim was killed in her east Las Vegas home in 1991. Two veteran detectives, brought out of retirement to work nothing but cold cases, took the clues gathered by previous investigators and traveled to another state to confront the suspect.
http://www.lasvegasnow.com/news/i-team-police-solve-1991-cold-case-murder
Tweet
How do you feel about this post?
Happy (0)
Love (0)
Surprised (0)
Sad (0)
Angry (0)
Tags:
cold case homicide West Coast
DNA match found in 20% of backlogged rape kits
Deputy accused of stealing drugs pleads not guilty