The 10-year veteran later told the prosecutor he then booked the DVD into the department's secured evidence storage center. 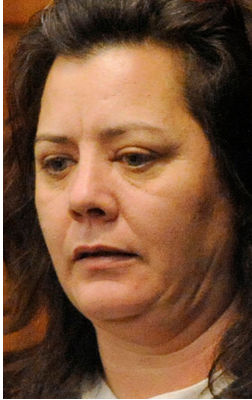 FAIRFIELD — Police have lost a piece of evidence in a pending murder case.

The situation was described in court Tuesday by the prosecutor overseeing the case against Dawn D. Raines-Hewes, a Fairfield grandmother accused of deliberately drowning her 4-year-old grandson, Richard Kite, at a Jefferson Street home on the morning of Dec. 29, 2015.

Two other grandchildren in the home at the time of the killing, a 1-year-old girl and 6-year-old girl, were not harmed.

Raines-Hewes, 52, has pleaded not guilty to charges of murder and felony child abuse causing death.

The lost evidence is a DVD video recording of police interviewing the 6-year-old girl about what she saw and heard in the hours before and after the drowning.

The interview of the child was conducted at the Fairfield police station. It was videotaped and then downloaded onto a computer system and then copied onto a DVD by Detective Michael Arimboanga. The 10-year veteran later told the prosecutor he then booked the DVD into the department's secured evidence storage center.

A search of the evidence room did not turn up the DVD nor did records reflect the booking. Police searched for the DVD for weeks without success, according to the prosecutor. A check of the department's computer system revealed the video was not copied and backed up or had been erased. Nor was a duplicate backup DVD made.

Judge John B. Ellis ordered a special hearing for Aug. 23 to get to the bottom of the situation. Ellis also ordered a subpoena for Arimboanga to be at the hearing.