He died of an apparent suicide while under criminal indictment for allegedly stealing almost $400,000 from the Springfield Police Department's evidence room. 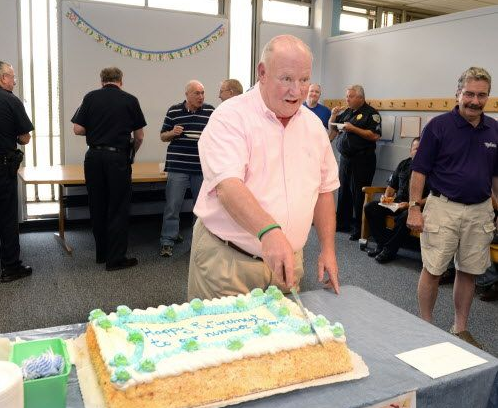 SPRINGFIELD -- The widow of Kevin Burnham has agreed to relinquish the balance of Burnham's retirement annuity after he died of an apparent suicide while under criminal indictment for allegedly stealing almost $400,000 from the Springfield Police Department's evidence room.

Police and emergency officials found Burnham unresponsive at his Wilbraham home on June 5 -- the day he was scheduled to plead guilty to larceny in Hampden Superior Court. An arrest warrant was issued when he failed to show up for the proceeding.

After indicting Burnham -- a 43-year veteran of the force -- on dozens of larceny counts, the state attorney general's office was forced to dismiss the charges upon his death. There was rampant speculation among police and other observers that Burnham may have ended his own life to allow his wife to keep his pension.

However, under an agreement with the city, Barbara Burnham agreed to return $74,661.99, which represented the remaining balance of her husband's contributions to his pension fund since joining the force.

Members of the Springfield Retirement Board said Burnham's widow will no longer receive any cash benefits from the city but will be able to pay to stay on the city's health care plan.