A recent inventory of the evidence and property at the Tucumcari Police Department revealed that 17 firearms from nine criminal cases are unaccounted for, 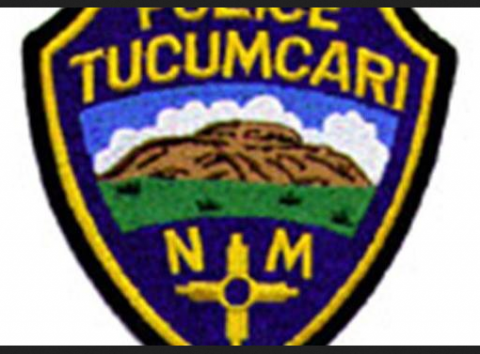 A recent inventory of the evidence and property at the Tucumcari Police Department revealed that 17 firearms from nine criminal cases are unaccounted for, according to City Manager Jared Langenegger.Langenegger said the cases are from between 2007 and 2014, and the type of firearms missing include BB guns, handguns and rifles. He said there is an internal investigation into this matter.

Moriarty Police Chief Bobby Garcia was hired by the city to conduct an inventory review of the TPD in October 2016 with the review "prompted by the concerns of citizens, officers and other law enforcement agencies," according to Langenegger.

The city hired an outside consultant to conduct a review of the department after hearing concerns from department officers and residents. The review was completed last month and found a variety of issues within the department.Langenegger said addressing and correcting these issues will be part of new Police Chief David Lathrom's responsibility, who officially started on Tuesday.

He said he is confident based on Lathrom's qualifications and experience that he will be able to handle the situation."While I am not happy about the issues found, the first step to correcting a problem is to identify the issue," said Langenegger.

"Our ultimate goal is to ensure the safety and best interest of the citizens of Tucumcari.""I am working to correct any errors that may have occurred in that time period," said Pete Rivera, deputy chief, who has been serving as interim chief.Rivera has been the officer in charge at TPD since the retirement of Chief Jason Braziel in December. Rivera said the review and its results were not a part of Braziel's decision to retire.Rivera said he will work first-hand with the evidence custodian and officers to clear up the matter. He said a large portion of the problem is due to lack of accountability in the records system, saying he believes there has been an error in the paperwork in the filing of these cases. He said that misplaced paperwork would show what has been done with the firearms in relation to the cases.

"The weapons have not been stolen," Rivera said. "The weapons were either released to the rightful owner, stored or have been destroyed,"In addition to Garcia's inspection, former State Police Lt. Nathan Wallace conducted an operational review of the department.Garcia's inventory found concerns with firearms inventories, securing narcotics and tracking of currency.

The review found an unusually high error rate for the amount of evidence being handled, said Langenegger.Wallace's operational review identified deficiencies in field training of officers, reporting of incidents, investigations and personnel administration. "It is clear based off of these reviews that there is a lack of structure and accountability that needs to be addressed at the Tucumcari Police Department," Langenegger said.

A recent inventory of the evidence and property at the Tucumcari Police Department revealed that 17 firearms from nine criminal cases are unaccounted
http://www.qcsunonline.com/story/2017/02/15/news/review-reveals-missing-evidence/18039.html
Tweet
How do you feel about this post?
Happy (0)
Love (0)
Surprised (0)
Sad (0)
Angry (0)
Tags:
altered evidence assault  kits Chain of Custody missing guns Big Three:
After evidence goes missing, the tech is charged
Catapult Used to Launch Marijuana Into U.S. From M...
Comment for this post has been locked by admin.