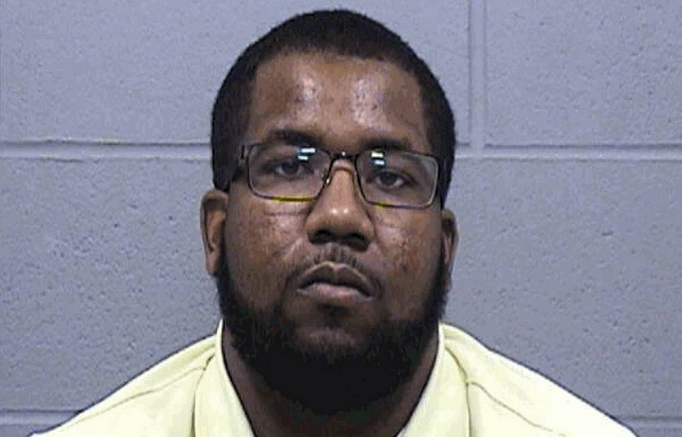 A Kansas cop was arrested and is accused of stealing city property, officials said.

Lt. Brilan Marks, 26, was arrested Wednesday afternoon on suspicion of felony theft of city of Sedgwick property, a Harvey County spokesman said in a release.

Marks has worked at the Sedgwick Police Department for a year, the release said. His bond was set at $4,000.

"We regret that this situation ever occurred," Sedgwick city administrator Ed Patton said in the release. "I'm making it a priority moving forward to identify how we can provide more rigorous oversight. Our police leadership will be making inventory inspections more frequently. I will make my own inspections as well."

Patton said at a Wednesday press conference that the items were discovered missing when city staff took inventory. Officials declined to provide details of the city property, other than that it is worth more than $1,000.

Sedgwick police Lt. Brilan Marks, 26, was arrested Wednesday afternoon on suspicion of felony theft of city of Sedgwick property, a Harvey County spokesman said in a release. He is on administrative leave.
https://www.kansas.com/news/local/crime/article215534510.html
Tweet
How do you feel about this post?
Happy (0)
Love (0)
Surprised (0)
Sad (0)
Angry (0)
Tags:
Stolen property officer arrested
No prison for former cop who stole more than $20,0...
Major lapse at Amite police HQ: Drugs, weapons sto...