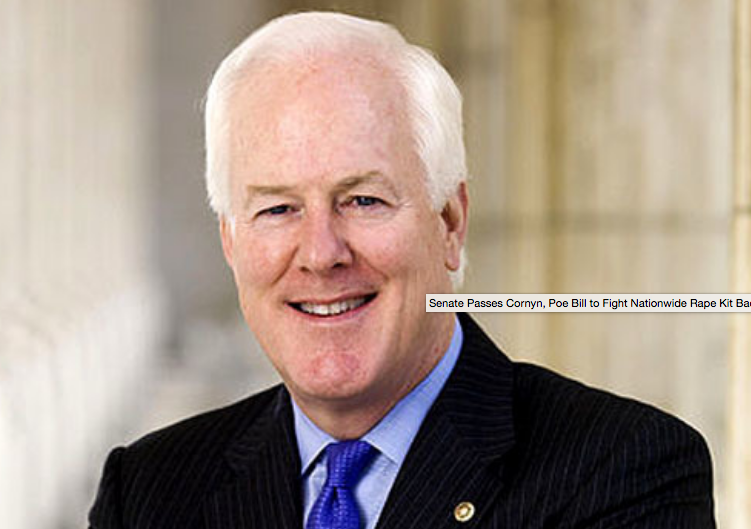 "This bill will empower law enforcement to identify and test more backlogged rape kits, help take criminals off the streets, and deliver justice for survivors," Sen. Cornyn said. "I applaud the Senate for coming together to get this legislation over the finish line, and I urge my colleagues in the House to advance it quickly."

"Across the country, there are shelves full of untested rape kits, denying victims justice," said Rep. Poe. "In 2015, the DOJ estimated there were as many as 400,000 untested rape kits in the United States. Previously, Congress acted to reduce the number of untested rape kits by allocating already existing funding and resources to states and localities to audit their rape kit backlog. This important legislation is now up for reauthorization. I applaud the Senate's quick action to protect victims of crime and get victims the justice they deserve."

The SAFER Act also ensures pediatric forensic nurses are eligible for training, which addresses the need for pediatric sexual assault nurse examiners in responding to children suffering from abuse. A one-page summary of the bill is available here.

Sens. Cornyn and Bennet were the authors of the Sexual Assault Forensic Reporting Act, a 2013 law creating the SAFER Program which has helped law enforcement reduce the rape kit backlog through existing funds under the Debbie Smith Act. The legislation increased the amount of these funds spent on untested kits by 35 percent and allowed 5-7 percent to be used on SAFER program audits. It helps state and local law enforcement agencies address both the laboratory and storage backlogs by providing funding to conduct one-year audits of untested sexual assault evidence, which has uncovered tens of thousands of untested rape kits on shelves and in labs across the nation.