Sheriff Barnes: 3 more deputies under investigation amid audit of cases after evidence mishandling

After that review we have identified a few additional deputies who were not in compliance with our policy, 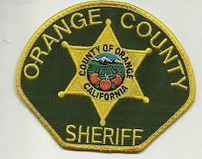 During a Friday briefing of various department topics such as jail reorganization and coronavirus monitoring, Sheriff Don Barnes updated reporters, saying the department was almost half way through reviewing more than 22,000 cases.

"After that review we have identified a few additional deputies who were not in compliance with our policy," Barnes said, adding that he couldn't give details about those deputies. "They have since been put on (paid) administrative leave and those investigations are ongoing."

Last month, after initially declining to file charges, the Orange County District Attorney's Office reopened criminal investigations into 15 sheriff's deputies were found to be mishandling evidence in an audit focusing on the period from February 2016 to February 2018. So far, five deputies have been fired.

The development comes as the department attempts to rectify the discovery of years-worth of evidence not being booked by deputies in a timely manner. An audit revealed that almost one-third of evidence seized by deputies, such as video and guns, was booked late, if at all. Those findings could compromise ongoing trials or convictions.

The Sheriff on Friday stressed the safeguards have been put in place to try to prevent the same breaks in protocol from happening again. Barnes said sergeants now will do spot checks and ensure that evidence is in place.

"I'm tremendously disappointed with individuals who created this problem," Barnes said. "I've made clear to this organization that, that is intolerable for me: to have people fall short of things like evidentiary responsibility."