Leer said anyone with ownership interest or can prove ownership should contact the Boone County Sheriff's Department by Jan. 10 and ask to speak with the evidence custodians. 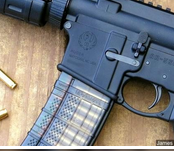 COLUMBIA — The Boone County Sheriff's Department said Monday it is preparing to destroy any weapons left unclaimed by Jan. 10.

For more than a decade, department officials said they have been collecting weapons from a variety of criminal investigations. Some weapons date back to 1994.

"We obtain weapons from a variety of cases, whether that be suicidal subjects, suicides, homicides," Sgt. Brian Leer said. "And a lot of times people just don't want anything to do with that weapon again so they won't claim it."

Leer said the department always begins with trying to return property to its rightful owner and also puts out a public notice so anyone with a claim to a weapon can see that.

"Our evidence custodians will send out letters," said Leer. "If we know the actual owners of the weapons, we let them know we've got their weapons and if they are eligible for release and if they would like to come get them, it gives them directions on how to come claim the weapon."

Leer said the unclaimed weapons are typically abandoned or can't be returned to people.

"Every year we return property- sometimes daily, sometimes weekly, and so it's not like we hold weapons over a period of time- we're constantly trying to get those back."

He said weapons in connection to a criminal case that have been unaccounted for after three years are considered abandoned and join the list of unclaimed property.

On Jan. 13, Leer said the department will bring the list of weapons in to the Boone County courthouse to request permission for them to be destroyed.

"As we look at it, there's a big group of weapons," he said. "There's a large number here that we just need to do something with, we need to get rid of them rather than letting them accumulate in the evidence room."

Leer said anyone with ownership interest or can prove ownership should contact the Boone County Sheriff's Department by Jan. 10 and ask to speak with the evidence custodians.

"Some of them have just accumulated over the years and it's just time to clean house a little bit."