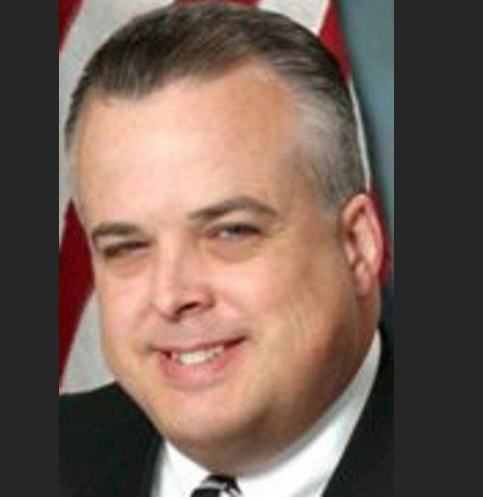 Otsego County District Attorney John Muehl told The Daily Star on Wednesday, Sept. 30, that he is opening an investigation into the possibility the materials were lost or stolen after they were subpoenaed by the board's Public Safety and Legal Affairs Committee in 2017. Ros Devlin resigned as a corrections officer in December 2017.

Sheriff Devlin told The Daily Star on Wednesday that he believed a DVD had been stolen from the office of Otsego County Attorney Ellen Coccoma.

The younger Devlin was working as a corrections officer in the Otsego County Jail in January 2017, when he was accused of responding to a reprimand from a supervisor by escalating an argument with the supervisor's spouse and then allegedly threatening to "shoot up" two local schools, harm other county employees and kill himself.

County officials said the DVD is a surveillance record from Ros Devlin's shift and they returned six of them to the sheriff. They said they know nothing about another DVD except that Devlin keeps demanding it from them.

Sheriff Devlin disputed that Wednesday and said he believes someone outside of the county now has the DVD.

Rep. Ed Frazier Jr., R-Unadilla, who was the PSLA chair during the Ros Devlin investigation, said no evidence has been outside of the county building and all evidence was returned years ago. He said the number of DVDs the sheriff claimed has changed midway through the process.

"I don't understand what he's doing," Frazier told The Daily Star on Wednesday. "Everything we subpoenaed has been returned."

Devlin said he wants to know how the DVD disappeared.

"Missing evidence is a big deal, and they are treating it like it is nothing," he said.

Muehl said he has opened an investigation. He called the request unusual but said he does occasionally have to investigate a county employee and has procedures in place to look into the committee's work, Coccoma and, possibly, committee members or other county employees.

The media release from the sheriff's office Tuesday, Sept. 29, said Devlin has brought the investigation request up several times over the past two years, including at the PSLA committee in January 2019 and with Board Chair Dave Bliss in April.

"The county was legally and ethically obligated to conduct an audit or investigation once they became aware of missing evidence in their possession," the release said.

Bliss, R-Cherry Valley, Middlefield, Roseboom, told The Daily Star on Wednesday that he was not chair at the time and has never served on the PSLA committee, but he was on the board during the investigation and believed it was a fair one. He said he believed Coccoma had complied with the sheriff's requests.

"She said everything is returned," Bliss said. "They don't have anything else."

Coccoma told The Daily Star on Wednesday that she has searched and has not found a DVD or anything else related to the case. She said her feeling is the county did an investigation after getting the sheriff's request in April.

"Whatever label you want to put on it, we did everything we could," Coccoma said. "He said there was a DVD missing. We looked into it and we believe we returned everything that was sent to us.

"(Devlin) said he was going to go to the District Attorney, and we said, 'Okay, that is your right,'" she continued. "I don't know what else to say. We have no reason to keep it."

The long investigation by the county into Ros Devlin and his work discipline from his father's office was marked by hostilities between the sheriff and the county representatives. Sheriff Devlin claimed the county had no oversight powers on his department and some county board members claimed the sheriff had covered for and gone easy on his son and was keeping the information from the board and the PSLA committee.

Acrimony between Devlin and Frazier and then-Board Chair Kathy Clark — all Republicans — and other board members grew for more than a year during the investigation.

Devlin, who was first elected in 2006, is in his fourth term as Otsego County sheriff. Clark's husband, retired State Trooper Bob Fernandez, ran against Devlin for sheriff in 2018. Fernandez lost a GOP primary against Devlin in September 2018. However, he was also endorsed by county Democrats and lost again to Devlin in November 2018, by about 1,000 votes.

Bliss replaced Clark as board chair in 2018, Clark retired from the board in 2019 and Dan Wilber, R-Burlington, Edmeston, Exeter, Plainfield, replaced Frazier as PSLA chair in 2020, but the acrimony has not gone away, Bliss said.

"He's angry in general. He's angry about personnel," Bliss said. "This is how he's showing it."

At the board's Administration Committee meeting Thursday, Aug. 20, Devlin said his jail was dangerously understaffed. However, county officials have instituted a hiring freeze, among other measures, to heal big 2020 and 2021 budget gaps. The committee members said Devlin's department had been given leeway already when it came to working around the hiring freeze. In addition, there was a belief expressed by Bliss and some committee members, which Devlin contested, that state mandates for staffing are being met at the jail already.

Devlin denied Wednesday he was angry about anything other than procedure.

"This is strictly about missing evidence," he said.

Otsego County Sheriff Richard Devlin Jr. has requested an investigation into the Otsego County Attorney’s Office, alleging it has withheld or lost material related to the 2017 investigation of his
https://www.thedailystar.com/news/local_news/sheriff-says-county-lost-evidence-in-sons-case/article_6cc5824d-ef04-593a-9736-5e4340613fdf.html
Tweet
How do you feel about this post?
Happy (0)
Love (0)
Surprised (0)
Sad (0)
Angry (0)
Tags:
missing evidence
Sheriff’s Supervisors Allowed Late Evidence Bookin...
Texas Sheriff Charged With Destroying Evidence In ...