A South Dakota woman was convicted of manslaughter Friday in the death of her newborn son whose body was discovered in a ditch 40 years ago. 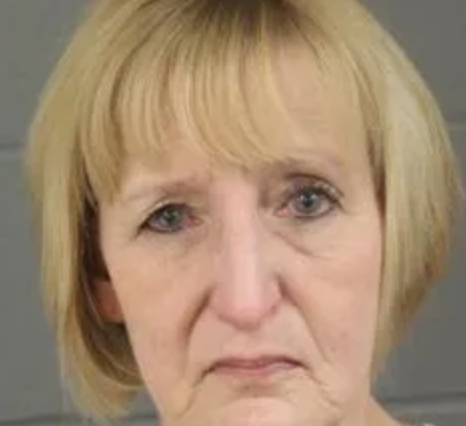 SIOUX FALLS, S.D. (AP) — A South Dakota woman was convicted of manslaughter Friday in the death of her newborn son whose body was discovered in a ditch 40 years ago.

Theresa Bentaas, 60, of Sioux Falls, entered an Alford plea to first-degree manslaughter in an agreement with prosecutors in which they dropped two murder charges, the Argus Leader reported. The Alford plea allows Bentaas to maintain her innocence while also authorizing the court to enter a guilty plea. Bentaas previously had pleaded not guilty to the three charges.

The newborn known as "Baby Andrew" was found wrapped in a blanket in a cornfield ditch in Sioux Falls in 1981. An autopsy determined he died of exposure.

Police arrested Bentaas in March 2019 after investigators reworked the case and determined through advanced DNA testing that she was the mother.

Mike Webb, a Sioux Falls police detective who worked on the cold case, discovered all testable DNA evidence had been destroyed in 1995, according to court documents.

The infant's body was exhumed in September 2009 after Webb learned that DNA could be extracted from bones and tissue. North Texas University Science Center conducted lab tests on the DNA that was extracted from the infant's remains, but no matches were found.

In 2019, police submitted the DNA to a Virginia-based genetics genealogy company, which found two potential matches.

Using those genetic links, police were able to use a family tree that led to Theresa Bentaas. Investigators found DNA in trash they seized at Bentaas' house that could not exclude her as the biological mother, according to a court documents.

Bentaas is scheduled to be sentenced Dec. 2 at the Minnehaha County Courthouse

A South Dakota woman was convicted of manslaughter Friday in the death of her newborn son whose body was discovered in a ditch 40 years ago.
https://www.newschannelnebraska.com/story/44926969/south-dakota-woman-convicted-in-her-babys-1981-death
Tweet
How do you feel about this post?
Happy (0)
Love (0)
Surprised (0)
Sad (0)
Angry (0)
Tags:
cold case murder
Florida sheriff looking to return $2 Million in ma...
Spaulding sentenced to probation for stealing $17,...