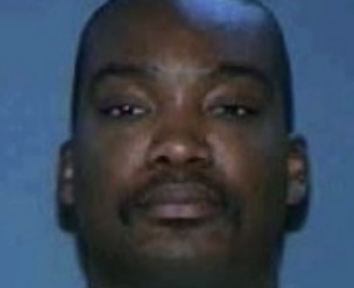 A California state prison inmate has been charged with murder in the cold case killing of a waitress 25 years ago in Crockett, authorities said Thursday.

Danny Lamont Hamilton, currently an inmate the Richard J. Donovan Correctional Facility in San Diego, has been charged with murder in the 1996 death of Vallejo resident Priscilla Lewis, 21, according to a statement from Contra Costa Sheriff's Office spokesman Jimmy Lee.

A cook at the the Four Corners restaurant found Lewis, 21 dead in a basement bathroom there on Sept. 24, 1996. Authorities said she drowned.

The charge also carries four enhancements alleging that Hamilton was lying in wait and killed Lewis during an attempted rape and burglary, authorities said.

According to Lee, the big break for investigators came last year, when detectives submitted additional evidence to a DNA crime lab to be tested using current technology. A match came back that linked Hamilton to the murder, Lee said.

Until then, Lee said, investigators had interviewed dozens of people, had numerous pieces of evidence analyzed and served several search warrants. The case still went cold.

Hamilton has been is serving a prison sentence of 295 years after being convicted of sexual assault charges unrelated to Lewis' death, authorities said.

Homicide detectives continue to investigate Lewis' murder and asked anyone with information to contact them at 925-313-2600 or by contacting dispatch at 925-646-2441. Messages also can be left digitally at .

The O.C. sheriff fired a deputy for tossing eviden...
New fingerprint technology leads to arrest in 1983...