The Chicago Police Department accidentally destroyed a suicide victim’s last note to her parents, depriving a grieving family of one of their last physical connections to their daughter

Not just in Chicago, but across the country, errors and mismanagement in the handling of evidence continues to dog police departments 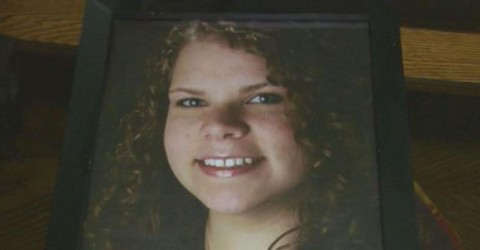 The Chicago Police Department accidentally destroyed a suicide victim's last note to her parents, depriving a grieving family of one of their last physical connections to their daughter, CBS News is reporting. Nicole Porter committed suicide at the age of 29 on February 27, 2015, via a lethal dose of insulin. She had been struggling with depression and seeing a therapist, but she ultimately lost her battle with the disease. She left at least two suicide notes.

As Nicole's mother, Terry, mourned her daughter's death, they found precious little comfort from the Chicago Police Department. By necessity, Chicago cops had to investigate her death just as they would any death, and that meant taking evidence. Evidence that included the suicide notes that she had left. "It was the last 'I love you' she ever said to us. It's the last physical thing she ever left for us. They're a part of her that she gave to us in the last hours of her life." For months, Nicole's suicide notes were held as evidence by the Chicago P.D. The lead detective in the case was kind enough to e-mail copies of the suicide notes to the Porters, but Terry wanted the physical notes themselves.

The Chicago Police, however, continued to hold on to them. Even after Nicole's death was officially declared a suicide in May 2015, her letters still weren't released. In August, Mrs. Porter started pressing the detective for the letters.

"His response was [that he hadn't] received anything from the coroner's office. 'The case isn't closed. I can't release them.

Finally, on April 13 of this year, Mrs. Porter finally got the word that her daughter's suicide notes would be released. A month later, she went to pick them up. But there was a problem: the suicide notes were not there. They had been inadvertently destroyed. "It was like everything was ripped right open again." And while Mrs. Porter still has the e-mailed copies of the notes, she's devastated that she can't have them in physical form.

The Chicago Police Department, for its part, blamed the destruction of the suicide notes on an "administrative error." Not just in Chicago, but across the country, errors and mismanagement in the handling of evidence continues to dog police departments. In some cases, victims have been denied justice because evidence that could put their assailants behind bars has been tainted, destroyed, or lost forever. In other cases, innocent people have sat behind bars because evidence that would exonerate them has been similarly mishandled.

According to a 2014 internal F.B.I. report obtained by The Boston Globe, even the F.B.I. itself is not above mishandling evidence. In some cases, evidence was tampered with or removed from evidence rooms and never seen again.

In other cases, drug cases in particular, evidence gets signed out of an evidence room and disappears forever. One bit of evidence in a drug case was signed out in 2003; as of 2014, it had still not been returned. "A majority of the errors identified were due in large part to human error, attributable to a lack of training and program management oversight." Terry Porter says she hopes that the Chicago Police Department will take a look at its own evidence-handling procedures so that what happened to her family will never happen to someone else's.

Tweet
How do you feel about this post?
Happy (0)
Love (0)
Surprised (0)
Sad (0)
Angry (0)
Ex-prosecutor in northeast Georgia arrested on the...
Former Redstone police officer charged with theft,...
Comment for this post has been locked by admin.