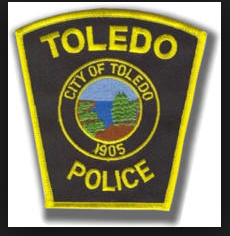 Toledo police are investigating a retired officer who worked in the department's property room after a firearm — and possibly other items — went missing.

The internal breach has prompted the department to spend $10,000 on "additional security technology in the department's property room and updating policy and procedure," according to a statement Thursday.

Department spokesman Lt. Kevan Toney declined to identify the officer, who has not been charged, and said he could not provide further details. A police report related to the case describes the investigation, which began in November, as looking into "a discrepancy as to a firearm that had been booked into the Toledo Police Property Room."

The officer worked in the property room from January, 2013 until January, 2018, and then retired, police said.

Lieutenant Toney declined to elaborate on what security upgrades will be made.

In 2015 Toledo Police Officer Shawn Parra was convicted of theft in office for taking an iPhone from a vacant South Toledo hotel and not booking it in the police property room. His conviction for the fifth-degree felony was upheld on appeal.

Officer worked in property room from 2013 to 2018.
https://www.toledoblade.com/local/police-fire/2019/02/14/toledo-police-missing-firearm-investigating-retired-officer-property-room/stories/20190214189
Tweet
How do you feel about this post?
Happy (0)
Love (0)
Surprised (0)
Sad (0)
Angry (0)
Tags:
property room missing firearms
Auburn man charged with rape and murder in 1993 Al...
Police officer arrested at Hong Kong International...
Comment for this post has been locked by admin.