Now, that could change with a new ballistics technology being awarded to 22 state and local enforcement agencies all over the nation on Thursday. 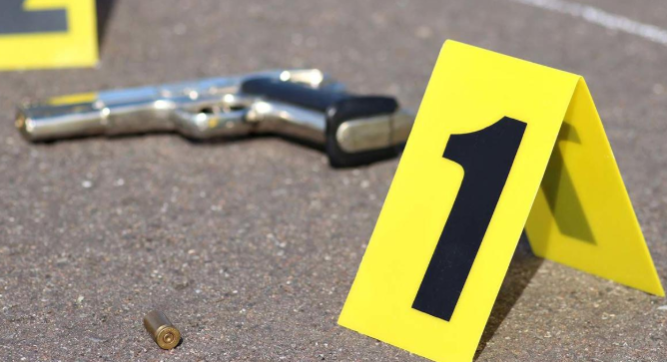 Sometimes it can be hard for police to trace gun shell casings back to the scene of a crime and it could take months for ballistic results to be returned back to investigators without the proper technology.

Now, that could change with a new ballistics technology being awarded to 22 state and local enforcement agencies all over the nation on Thursday.

"Under President Donald Trump, the Department of Justice is prosecuting more firearm offenders than ever before," Attorney General Sessions said. "Ballistics technology has given law enforcement an unprecedented ability to make connections between cases and track down dangerous criminals. Today this Department of Justice is once again investing in the 85 percent of law enforcement officers who serve at the state and local levels and we are equipping them with cutting edge technology that will lead to smarter, targeted prosecutions of the most dangerous people in their communities. I have no doubt that this equipment will help to reduce crime in America."

"Crime Gun Intelligence, including the timely use of the NIBIN network, is the cornerstone of ATF's violent crime reduction strategy. By deploying equipment to these 22 law enforcement agencies, investigators will now receive investigative leads within 48 hours. They will have new opportunities to disrupt the shooting cycle and make our communities safer," said ATF Deputy Director Thomas Brandon.

As the only crime gun ballistic network in the United States, NIBIN compares images of cartridge casings recovered at crime scenes and firearms recovered by law enforcement to connect shooting incidents and identify shooters. ATF's broader Crime Gun Intelligence strategy involves multiple technologies to identify criminal shooters and uses NIBIN as a leads-generator in support of this comprehensive approach. The deployments of this NIBIN equipment will help fill gaps in the intelligence and investigative networks and allow for a more efficient processing of firearm related violent crime evidence.

There are 16 agencies receiving NIBIN equipment for the first time:

ATF has 25 Crime Gun Intelligence Centers (CGIC) across the United States in which ATF collaborates with local police departments and federal, state, and local prosecutors. The CGICs utilize cutting-edge technology and dedicated investigative teams to disrupt shooters and identify their source of crime guns before they can commit further criminal acts.

To support local participation in the CGIC approach, the Department recently awarded $5 million under the Local Law Enforcement CGIC Integration Initiative to encourage local jurisdictions to use intelligence, technology, and community engagement to identify unlawfully used firearms and to prosecute those who commit violent crimes. The Department also awarded more than $30 million to Project Safe Neighborhoods (PSN), the centerpiece of the Department's crime reduction efforts. Through PSN, the Department is targeting the most violent criminals in the most violent areas by utilizing policing tools like CGICs.

NIBIN is helping cities solve crimes every day. Examples of these NIBIN success stories include:

California 28 September 2020
More than 30 deputies have been referred for possible charges in an evidence booking scandal that centers on alleged false police reports about evidence that was either booked late or never booked at ...
Read more

California 28 September 2020
She took the suspect's debit card -- which was never booked into evidence  September 9, 2020 An Orange County sheriff's deputy is facing a felony charge for allegedly taking a debit card from a s...
Read more