Jennifer Odom was 12 years old when she was abducted and killed in Hernando County. For more than 20 years, there has been no solid leads, no persons of interest in the case. 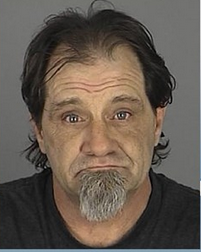 Detectives believe a 17-year-old victim got off the school bus at U.S. 41 and Twin Oaks Drive and made her way along a dirt road when sje was grabbed by a suspect. Pasco County detectives say Jeffrey Norman Crum Sr. is that suspect.

hey believe he dragged her into a wooded area near a shed. Investigators say she was viciously beaten and raped. A brutal blow to her head left her unconscious and near death. Incredibly, family members found her just a few hours after the attack, clinging to life. Investigators gathered DNA from the scene. But there was no suspect on the radar. No suspect, until Crum's son, Jeffrey Norman Crum II, was convicted and sent to prison for armed robbery. This is when detectives got a break. When Crum's son had his DNA taken and entered into the state of Florida's database, CODIS, they got a hit in the Pasco case. But there was no way Crum Jr. could have done the attack because of his age -- he was just 10 or 11 at the time of the attack. Detectives then got voluntary DNA from other family members, and they got a hit on his father, Crum Sr. ***

It's the first case in Florida where familial DNA has helped make a case. "Being a part of something that is the future of DNA ... without it we would not have solved this case and identified a suspect," says Pasco County sheriff's Sgt. David Boyer. The odds of finding another match? One in 7.7 nonillion. That's a one followed by 30 zeroes. *** Why is Crum Sr. a person of interest in the Odom case? The similarities between the modus operandi in the two cases is what have caught authorities' interest. Crum is no stranger to investigators when it comes to rape and assault.

State records show he was convicted of sexual assault and kidnapping back in 1987 and served time in prison.

The 17-year-old from the Pasco cold case got off a school bus, was abducted, then raped and beaten in January 1992. She was left in a field.

Odom, a little over a year later, got off a school bus and was assaulted and killed. Her body was found in an old orange grove in Hernando County. Investigators say they have a ton of evidence they are also testing. Crum declined a request to talk to 10News . His trial in the Pasco case is coming soon. We'll stay on top of it.

State records show he was convicted of sexual assault and kidnapping back in 1987 and served time in prison.
http://www.wtsp.com/news/crime/unsolved-dna-may-finally-solve-girls-1993-murder/434473872
Tweet
How do you feel about this post?
Happy (0)
Love (0)
Surprised (0)
Sad (0)
Angry (0)
Tags:
cold case murder Big Three: Chain of Custody assault  kits altered evidence
Retired Tampa police officer pleads guilty to thef...
He’s on the case after finding items lost in Katri...