An audit revealed that nearly 1,800 cases had missing evidence 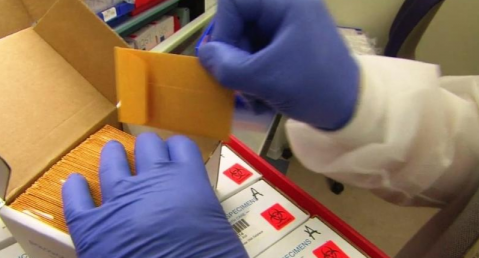 The Ingham County Sheriff's Office is now saying it's lost track of seven sexual-assault kits. The department announced Monday those seven kits are part of the 1,756 cases in which evidence was lost dating back to the year 2000.

Prosecutor Carol Siemon is not happy. She says before her office released its report on the investigation last week she had been assured that no sexual-assault kits were missing.

Six of those cases had been submitted to the prosecutor's office under Stuart Dunnings. Two adult cases were approved and led to convictions. Two were denied. One juvenile case was approved and one was denied. The investigation started last September when then-sheriff Gene Wriggelsworth told us a leaky sewage pipe damaged some evidence. An audit revealed that nearly 1,800 cases had missing evidence. 79 of them had to be dropped. The sheriff's office blames a lack of space, poor training and staff members who simply did not care.