A warrant accuses Shultz of removing confiscated money from the ODPS evidence room. 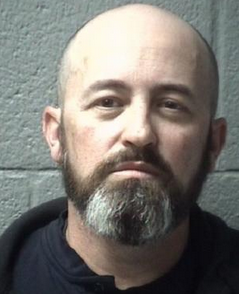 Former Orangeburg Department of Public Safety Capt. Carl Wayne Shultz is accused of taking $17,167.58 in confiscated money while he was employed as an officer.The S.C. Law Enforcement Division has charged the 48-year-old Shultz with one count of misconduct in office.

A warrant accuses Shultz of removing confiscated money from the ODPS evidence room. It should have been deposited into a City of Orangeburg account.

An internal audit in January could not account for some confiscated funds, according to a statement released by ODPS Director Mike Adams.

"The employee who was in control of these funds could not give a proper accounting of where the money was located. Further investigation into this incident revealed the employee had not followed department policy and he was terminated by the Orangeburg Department of Public Safety on Feb. 7, 2019," Adams said.

ODPS contacted SLED and asked for an investigation.

"The Orangeburg Department of Public Safety gave full access to all components of our agency and cooperated fully in their investigation. The investigation has resulted in the arrest of a former DPS employee," Adams said.

Doremus set Shultz's bond at $20,000, but she allowed him to be released on his personal recognizance.

According to documents from the S.C. Criminal Justice Academy, a lieutenant at the Orangeburg Department of Public Safety submitted a "routine separation" notification for Shultz on Feb. 1, 2019.

The document shows that Shultz resigned from his position on Jan. 15 for a "routine separation pending outcome of SLED investigation of misconduct."

Shultz began his law enforcement career as a volunteer reserve deputy with the Aiken County Sheriff's Office, serving from June 1993 until September 1994.

He became an Orangeburg public safety officer in December 1994.

Four years later, he left ODPS for a job as an officer with the Beaufort Police Department where he worked until 2001.

The Orangeburg Department of Public Safety hired Shultz on Feb. 19, 2007.

Former Orangeburg Department of Public Safety Capt. Carl Wayne Shultz is accused of taking $17,167.58 in confiscated money while he was employed as an officer.
https://thetandd.com/news/local/crime-and-courts/ex-orangeburg-police-captain-charged-with-misconduct-after-k-missing/article_9e27b8f0-4438-52c5-9645-aad3be10eba8.html
Tweet
How do you feel about this post?
Happy (0)
Love (0)
Surprised (0)
Sad (0)
Angry (0)
Tags:
captain charged missing money evidence room
Evidence tampering alleged in Eddie Johnson firing...
Genealogical databases are a goldmine for police |...