The initiative also helps improve investigation and prosecution of rape cases through the collection of evidence through testing. 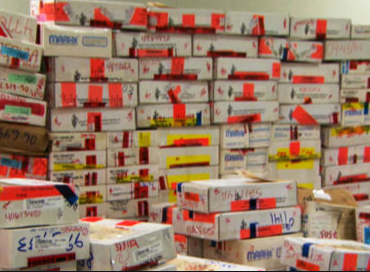 The federal funds were awarded for the county prosecutor's Sexual Assault Kit Task Force under the the National Sexual Kit Initiative, which provides resources to help get sexual assault kits submitted to a forensic laboratory for testing.

The initiative also helps improve investigation and prosecution of rape cases through the collection of evidence through testing.

The funds also will aid in the collection of DNA for systems like the Combined DNA Index System, which can link violent crimes to known offenders through DNA collection.

Last month, the Wayne County Prosecutor's Office marked the 10-year anniversary since 11,341 untested rape kits were found abandoned in a Detroit Police Department property storage facility. All have been tested.

The kits, collected between 1984 and 2009, were never submitted for DNA testing. The kits are made up of the DNA taken from a sexual assault victim's body after an assault.

A decade later, thousands of women have been notified that their sexual assault kits were finally tested, which has led to hundreds of investigations and the identification of 824 suspected serial rapists. Altogether, 282 cases have been adjudicated, resulting in 197 convictions.

"Now that the testing phase has been completed, this award will greatly assist our continued efforts to focus on investigating and prosecuting these cases," Worthy said. "We are proud to receive support from the DOJ."

Worthy added that the award "certainly validates the decade of hard, tireless work that we and all of our collaborators have done in testing, investigating and prosecuting Detroit's — and Michigan's — stockpiled sexual assault kits. It is rewarding to know that this grant will help to bring justice to sexual assault survivors."

Worthy announced an Emmy win Tuesday for the HBO documentary "I AM EVIDENCE." The film, which won best documentary, details the stories of sexual assault victims whose rape kits were never tested.

The federal funds were awarded for the county prosecutor's Sexual Assault Kit Task Force under the the National Sexual Kit Initiative
https://www.detroitnews.com/story/news/local/wayne-county/2019/09/25/wayne-county-gets-1-million-rape-kit-investigations/2443744001/
Tweet
How do you feel about this post?
Happy (0)
Love (0)
Surprised (0)
Sad (0)
Angry (0)
Tags:
rape kit investigation
Do-it-yourself rape evidence kits halted after sta...
New federal rules will limit police searches of DN...
Comment for this post has been locked by admin.