Drugs still being seized and destroyed in Bend 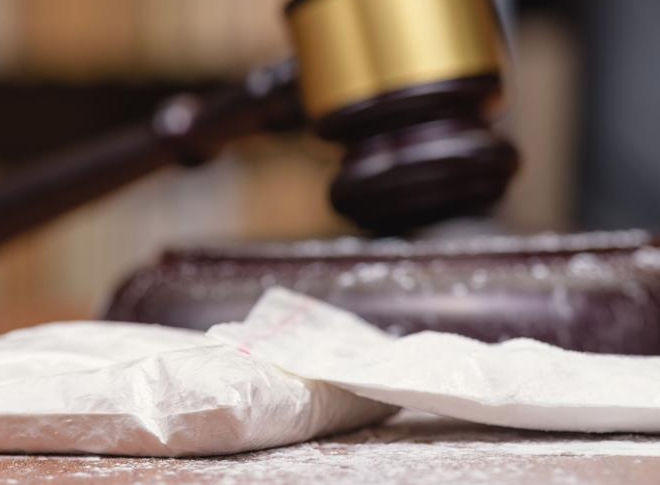 Oregon's Measure 110, one of the country's most ambitious drug decriminalization laws yet passed, has been in effect for a month, but law enforcement leaders in Central Oregon insist it hasn't greatly affected them.

"I can tell you unequivocally, it's not going to affect anything that we do," said Lt. Ken Mannix, head of the Central Oregon Drug Enforcement task force.

Under Measure 110, which went into effect Feb. 1, possessing small amounts of hard drugs like heroin, meth and LSD is still illegal but the penalty for possession has been reduced to the level of a traffic ticket and the associated $100 fine can be waived or reduced if the offender seeks treatment through a state hotline.

It's difficult to know for certain how many people have been issued violations who would have been arrested for the crime before Feb. 1, the pandemic having reduced traffic stops and other face-to-face contact that often lead to a probable cause arrest for drug possession.

But the new law has led to some confusion, as in Jefferson County, where Sheriff Jim Adkins is unsure what to do with seized drugs that prior to Feb. 1 would have been processed as evidence — that is, documented, analyzed and stored at the agency's secure evidence lockers.

But the Jefferson County Sheriff's Office is faced with limited locker space and overcrowding. Adkins said the office has never stored evidence for violations in its evidence lockers, and he's reluctant to use that space for evidence for violations. But he also doesn't like the idea of handing the drugs back to citizens.

"What if they get caught with it again?" he said. "My mind hasn't been made up, and we haven't received the training yet, but I've been telling my deputies, I still want a citation issued no matter what."

In Bend, drugs are still being confiscated and entered into evidence, even in the new violation cases. Once the case has concluded, the drugs are deemed "OK to destroy." Every quarter the confiscated drugs and paraphernalia are taken to an incinerator outside the region.

Schedule 1 narcotics like heroin and methamphetamine remain federally illegal and Bend Police Chief Mike Krantz said his officers are still committed to removing them from the streets.

"Overall, just because it's a violation and not a crime, the drugs still aren't able to be possessed. You can't just have them," he said.

Measure 110 has two components, one removing criminal penalties for drug possession and the other enhancing treatment options through money raised by the state's marijuana tax. A proposed bill in Salem this legislative session, House Bill 2002, would address the new law's perceived shortcomings but much remains to be hammered out.

"The devil's in the details," said Deschutes County District Attorney John Hummel. "The marijuana money was being used for other stuff. Would Oregonians have supported the measure if the treatment component wasn't a part of it? ... I've told representatives I hope it's fully funded because that was such an important part of this."

The law could impact the use of confidential informants in drug cases. Often in pursuing major drug distributors or manufacturers, investigators will start with "small fish" and offer favorable treatment to provide information about a supplier. But Mannix, head of the CODE team, said most people who work as confidential informants are already involved in trafficking at the felony level.

"Often, when we start out low, we're actually pretty high up the tree," he said. "They're often into it, we're talking, in the pounds."

Despite these commitments to stay the course on drug enforcement, advocates for criminal justice reform like Shaun McCrea, executive director of the Oregon Criminal Defense Lawyers Association, say Measure 110 was intended to free police to address more pressing matters like missing children and cold cases.

Prior to Measure 110, around 9,000 people a year were arrested in Oregon for simple drug possession, or about 24 a day, according to the Oregon Criminal Justice Commission.

"The new law will also help foster an environment where those struggling with addiction will know they can ask for help without fear of being arrested, and where they can look to police as community advocates who will connect them with resources and services to access the help they need," McCrea said.

Beyond that, the law was intended to address racial disparities in incarceration. The criminal justice commission reports that despite no disparity in use, Black people are three times more likely to be arrested for drug possession in Oregon than white people.

"In short, increasing access to life-saving, addiction recovery services is the more humane, equitable, effective, and cost-effective approach to addressing drug addiction – and that's exactly what this new law does," McCrea said.

Oregon’s Measure 110, one of the country’s most ambitious drug decriminalization laws yet passed, has been in effect for a month, but law enforcement leaders in Central Oregon insist it
https://www.bendbulletin.com/localstate/crimeandjustice/with-new-law-in-place-central-oregon-police-still-going-after-hard-drugs/article_457c3286-7ba9-11eb-9c34-7b327a85fabd.html
Tweet
How do you feel about this post?
Happy (0)
Love (0)
Surprised (0)
Sad (0)
Angry (0)
Tags:
West Coast new drug laws
Sterling Police Department to bank money from evid...
Suspect Arrested In 1982 Cold-Case Murder Of Racin...