The convictions were overturned in 2014 after DNA was found on a cigarette butt left near Buie's body pointed to another man already in prison for a similar crime.

Raleigh, N.C. — Two men falsely imprisoned for decades for the rape and murder of a young Robeson County girl were awarded more than $80 million in compensation their treatment by the justice system. Two Robeson County defendants – former detective and Robeson County Sheriff Kenneth Sealy and the estate of former detective Joel Garth Locklear – agreed to a settlement that would pay the men $9 million on Thursday.

On Friday, a jury awarded the men another $75 million in their suit against former State Bureau of Investigation agent Leroy Allen and the estate of former SBI agent Kenneth Snead.

The guardians for Leon Brown and his half-brother, Henry McCollum, who both have low IQs, first filed suit in 2015, but the defendants claimed immunity from liability as law enforcement officers carrying out their duties. The 4th U.S. Circuit Court of Appeals rejected that argument two years ago, clearing the way for the trial.

"We believe this is the largest total jury verdict for a civil rights police misconduct case in the United States and certainly North Carolina," a member of the men's legal team told WRAL News.

Attorney Desmond Hogan said the defendants coerced confessions from the brothers, who were 19 and 15 at the time, failed to properly investigate the crime and later failed to make things right.

Brown and McCollum, were found guilty in the death of 1983 Sabrina Buie, whose body was found in a soybean field in the Robeson County town of Red Springs. She was naked except for a bra that had been pushed up against her neck, and her killer had jammed her underwear down her throat with a stick.

The convictions were overturned in 2014 after DNA was found on a cigarette butt left near Buie's body pointed to another man already in prison for a similar crime.

"Henry and Lee spent 30-plus years in hell because of the defendants," attorney Hogan told jurors as a federal trial to seek redress began.

Two men falsely imprisoned for decades for the rape and murder of a young Robeson County girl were awarded $9 million, or $4.5 million apiece, in compensation their treatment by the justice system.
https://www.wral.com/wrongfully-convicted-brothers-awarded-more-than-80-million-lawsuit-against-robeson-county-former-sheriff-sbi/19678517/ 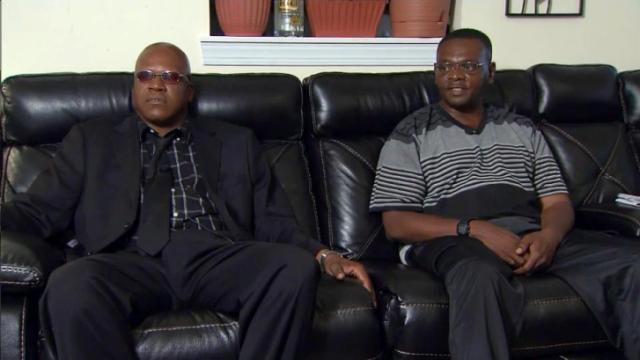