Making its way through Congress is a federal bill worked on by Ventura County District Attorney Greg Totten that would allow grant funding for the prosecution of violent cold cases with DNA evidence. 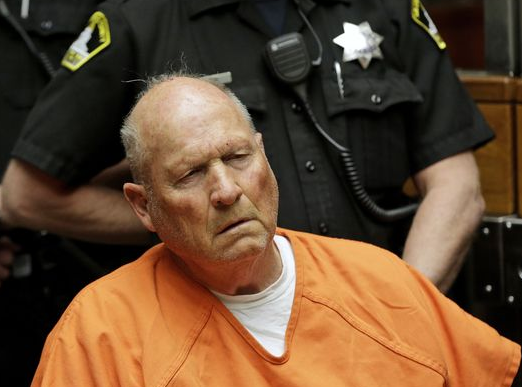 Making its way through Congress is a federal bill worked on by Ventura County District Attorney Greg Totten that would allow grant funding for the prosecution of violent cold cases with DNA evidence.

Known as the Justice Served Act, the proposed legislation passed the U.S. House of Representatives 377-1 on May 15. It is now headed to the Senate, and according to Totten, that's one possible step closer to bringing some type of closure to the victims of these crimes.

"We've had grants for cold case task forces and to prosecute them, but we've never really had a change in federal law that allows for an appropriation," Totten said.

The National District Attorneys Association, for which Totten is an executive committee member, put forward its support for the bill. In January, Totten said he met with members of Congress while advocating for the legislation. It was introduced in the House on Jan. 19.

The district attorney said the importance of DNA in solving crimes was evident as recently as last month when it led to the arrest of a man suspected of being the prolific murderer known as the Golden State Killer. It was DNA left at the Ventura home where Charlene and Lyman Smith were found bludgeoned to death in 1980 that identified Joseph James DeAngelo, 72, of Citrus Heights, as the suspect. Charlene Smith had also been raped.

But Totten also said DNA has been instrumental in exonerating people previously convicted of crimes. He mentioned the case of Craig Coley, who was released from prison in November after wrongfully spending 38 years behind bars for the 1978 murder of his ex-girlfriend Rhonda Wicht, 24, and her 4-year-old son Donald Wicht. Coley professed his innocence from the beginning. Gov. Jerry Brown signed a bill May 17 authorizing paying nearly $2 million to Coley to compensate for the time he spent in custody.

Craig Coley visited the Simi Valley police station in December to take a picture of him being arrested in a 1978 double-murder off the department's history wall. DNA exonerated him in the killings after 38 behind bars. (Photo: JUAN CARLO/THE STAR)

Coley's release, however, meant the addition of a cold case homicide in Simi Valley. As of January, there are 107 cold case homicides in Ventura County with DNA evidence the proposed bill could assist with, Totten said. He also had a hand in the language of the bill.

If passed by Congress and signed by the president, the bill would amend a piece of 2004 legislation called the Debbie Smith Act, which established a grant program to help crime labs reduce the backlog of rape kits, Totten said

It was named for a woman who was sexually assaulted by a man who broke into her home in 1989. She underwent a forensic exam, but the DNA evidence that eventually led to the identification and conviction of the suspect went untested for five years, according to the Rape, Abuse & Incest National Network.

About $117 million a year is allocated to DNA analysis under the Debbie Smith Act and if the new Justice Served Act were signed into law, about 5 to 7 percent of that fund would be set aside for the prosecution grant, Totten said.

The amount wouldn't be enough to cover the needs of prosecutors across the country, Totten said, but it would give some jurisdictions extra help in solving these decades-old cases. The time and resources that go into cold cases are different than recent ones, Totten said.

"You're having to completely rebuild that case from the ground up," Totten said.

That rebuilding includes retrieving old evidence and tracking down witnesses, some of whom may have died, he said.

The district attorney was first involved in this kind of legislation in the mid-2000s and worked with former Republican U.S. Rep. Elton Gallegly, who introduced a similar bill for federal funding to be set aside for cold case prosecution.

"There are so many victims that people forget about," Gallegly said. "The victim is clearly somebody who was killed or maimed by someone, but it doesn't end there. It can take down and destroy families."