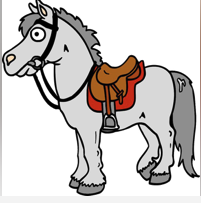 Along the side of the road one Boulder County Sheriff's deputy spotted a strange sight, yesterday, a pile of 13 worn horse saddles.

According to Carrie Haverfield, public information specialist for the Boulder County Sheriff's office, not much is currently known about the saddles.

Believing the saddles may have been stolen from an outfitter or a trail riding company, the Sheriff's Office reached out on social media to see what the public might know.

The Facebook post describes the saddles as "very well used saddles with wear and tear, likely used for trail riding" and being "very similar." The Sheriff's Office does not believe that the 13 saddles come from different owners. Haverfield also said the saddles are not high-end.

"We are just trying to get them back to their owners," Haverfield added.

Due to the similar markings on the saddles photos have not yet been released. Also the location of where the saddles were found has yet to be released in case that information proves to be vital to the case, Haverfield said.