Ted Emery was fatally shot in a parking lot after shopping for groceries in 1995. 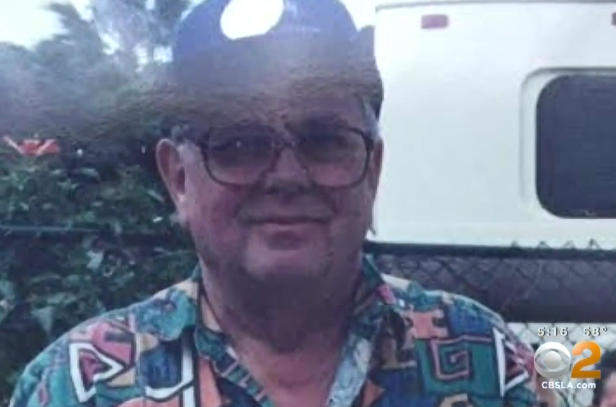 REDONDO BEACH (CBSLA) — Two retired Redondo Beach police officers have cracked a cold case more than 20 years after a man was shot and killed during a grocery run in the South Bay city.

Ted Emery was fatally shot in a parking lot after shopping for groceries in 1995. The case went cold. Then one day in 2012, his daughter, Gail, got a phone call she didn't expect.

"The last thing I told my dad is I would not rest until they had the person who did it," she recalled. " … I just really gave up any kind of hope that this would really happen."

But it did. Retired Redondo Beach police officers Rick Peterson and John Skipper, who volunteer their time working on cold cases, reached a breathrough. In 2012, they tied DNA evidence preserved since 1995 to determine Elliot Laanui, of Gardena, had murdered Gail's dad. Then they spent half-a-dozen years gathering enough evidence for the D.A. to try the case.

"They worked on it for six years and they were there every day in court," she said of the officers, who she calls "superheroes."

Gail was there every day at the trial as well.

"They brought the suspect in. That was the first time we saw him," she remembered. "To me he is just pure evil. He's had a life of crime this whole time."

Laanui was convicted. His sentencing is scheduled for December 11th, when Gail plans to address the man who killed her father.

"After December 11th, I will be able to start to put it behind me," she said.