Arthur Getreu, 74, was arrested in Hayward on Nov. 20 after Santa Clara County sheriff's deputies found a match on his DNA through an online genealogy database 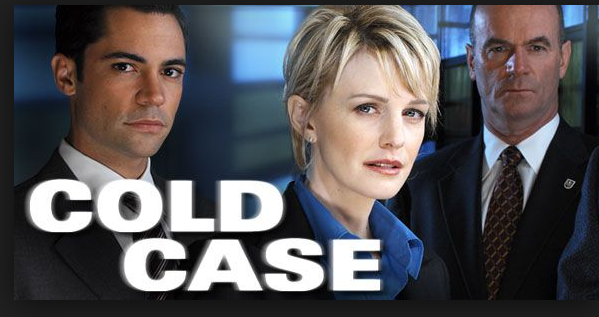 Arthur Getreu, 74, was arrested in Hayward on Nov. 20 after Santa Clara County sheriff's deputies found a match on his DNA through an online genealogy database. He has been charged with murder and the attempted rape of 21-year-old Leslie Marie Perlov on Feb. 13, 1973.

She directed her comments at Getreu, who didn't make eye contact with her as he sat wearing black-rimmed glasses in a wheelchair behind the bar.

Diane said Leslie was always a "protector" as the oldest sibling in the family. Diane and her brother Craig, now 66 and 64, held hands as she repeated her statement outside the courtroom after the arraignment.

"When Leslie left home to attend Stanford, I cried the first night," said Diane, who was 20 at the time. "Not because I needed her to apply to college, but because with Leslie, we laughed so hard our sides ached and no sound came out."

Leslie had attended Stanford University and gotten a scholarship to attend law school at the University of Pennsylvania when her life was cut short, Diane said.

On the afternoon of her disappearance, Leslie left the North County Law Library in Palo Alto and drove to the hills at Old Page Mill and Page Mill roads before parking her 1972 orange Chevrolet Nova at the gate of an old quarry.

She was last known to have walked to the hills northwest of her car, according to sheriff's deputies, and was found three days later buried under an Oak tree in unincorporated Santa Clara County near Palo Alto.

She was found face down with her skirt hiked up above her waist, and her underwear and pantyhose in her mouth, according to sheriff's deputies. Her cause of death was determined to be strangulation by ligature.

The case went cold until 2016, when officers reopened the investigation. On Nov. 20, Diane received a call from Sgt. Noe Cortez saying, "Diane, we got him."

A "Snapshot DNA" match from Parabon NanoLabs, a genetic technology company, whittled down the possibilities to find Getreu. The possibility that a random individual could have matched the existing profile is extremely low, according to sheriff's deputies.

"I don't think that anybody expects somebody to be held accountable for a case that happened so many years ago," said Sgt. Shannon Catalano, an investigator on the case. "I think that that's always a surprise for all parties who are involved or associated."

Sgt. Catalano and Noe said they are very confident in the arrest and continuing to investigate the case for the possibility of additional victims.

For Diane, her sister's murder left a palpable mark on daily life. She said she no longer walks to her car with a scarf around her neck, like the one Leslie had borrowed from her the day she died, and can't walk alone in the woods.

Her son was born exactly 10 years after Leslie's death on Feb. 13, 1983, and she said he was luckily able to retrieve an oil painting of his late aunt as he evacuated his home during the Woolsey Fire in Ventura and Los Angeles counties earlier this month.

"I was stunned, I still am. I am grateful to the dedicated heroes of law enforcement. I am relieved that this person will not hurt other women, and that perhaps there will be justice," Diane said. "But mainly, I still miss my sister."

District Attorney Jeff Rosen said Getreu now faces the possibility of life in prison, but will be held to penalties in effect at the time of the murder. The maximum sentence for homicide in 1973 was seven years to life, meaning Getreu could be eligible for parole after seven years if he is convicted.

He is currently being held without bail and represented by public defender Kelley Kulick. Deputy District Attorney Matt Braker will be prosecuting the case.

Getreu is scheduled to return to court to enter a plea on Dec. 17.