Inside, officers report finding $100,000 worth of stolen items stashed away. Photos shared by SJPD show the entryway to the elaborate underground bunker, which was built into the side of the creek bed and equipped with electricity.

In pictures posted to Twitter by SJPD, stolen items included firearms, equipment and tools."I imagine there are probably several more places like that around town, with just how frequently tools in specific are being taken from construction sites," resident Ashley King told ABC7 News.

King is an 8th grade teacher at Downtown College Prep in San Jose. She said recent mass shooting make the discovery of firearms even more frightening.

"To see weapons like that, rifles, stuff that could do damage, serious damage," she said. "Weapons that could hurt anybody, especially children, from far away, with precision... That is just so incredibly disturbing."

Officers found the bunker at a homeless encampment during a follow up to a commercial burglary that happened on Monday.

SJPD said six people were arrested on a variety of charges.

The department tweeted the firearms and other recovered items all have been returned  to their rightful owner.

King responed to police on social media. She was curious about whether any of the items were taken from her family's nearby construction site.

King said the location has been targeted four times in six months. This included the theft of tools, two stolen trucks, a stolen bobcat tractor, and a thwarted fourth attempt.

"The most alarming thing, aside from the frequency, is how powerless people feel," King shared.

SJPD's post offered proof of what King calls an all too common problem.

"There comes a point where you have to kind of choose one of two options. You either decide to just ignore it, so that you can feel safe and happy living in your own neighborhood. And pretend it's not happening," King said. "Or you can become really suspicious of what's going on around you."

She continued, "Neither of those are ideal outcomes. Nobody wants to live that way. Nobody wants to be suspicious. You don't want to feel like you're always an on-duty police officer trying to assess every situation around."

The site that has been targeted is King and her family's future home.

"Not only is it our home being affected. But more than that, I worry about them," she said about the workers attempting to complete King's family home. "And their livelihood, because it's not gonna be so easy to replace some of this large equipment."

Even more concerning, the bunker was built in an area near Franklin-McKinley School District Headquarters and an elementary school.

One neighbor spoke anonymously, describing herself as a victim of theft.

"I'm scared! We have to be safe," she said. "There's children nearby." 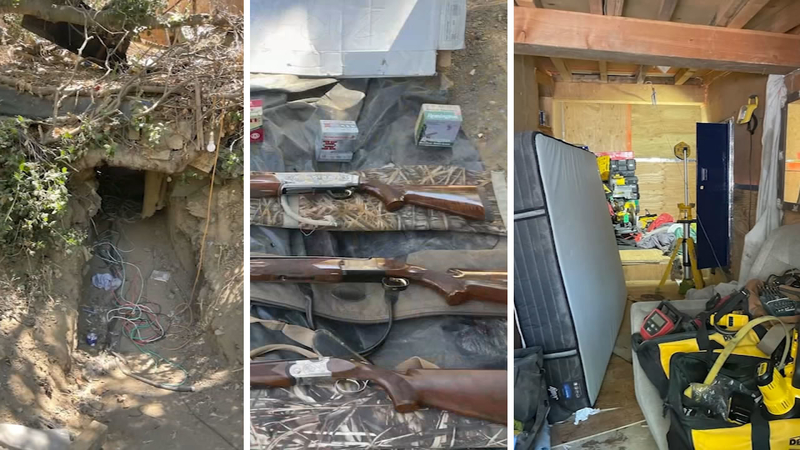