A Columbus defense lawyer is accusing one or more jurors of stealing 71 oxycodone pills that were discovered missing after a drug-possession trial ended last week in Franklin County Common Pleas Court. 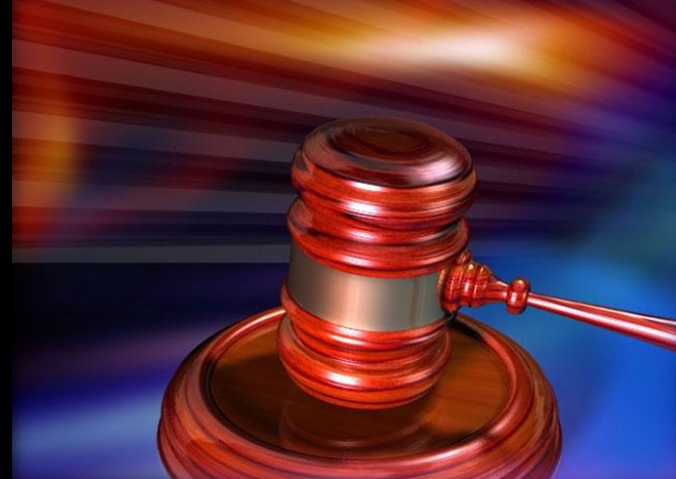 A Columbus defense lawyer is accusing one or more jurors of stealing 71 oxycodone pills that were discovered missing after a drug-possession trial ended last week in Franklin County Common Pleas Court.

John David Moore Jr. said his client should get a new trial, or a dismissal of the charges, because the disappearance of the drugs has tainted the jury's guilty verdicts.

Prosecutor Ron O'Brien said it is premature to blame jurors for the apparent theft of the drugs, which is being investigated by the county sheriff's office. The incident does not warrant a new trial or any modification in the case, he said.

"Until the sheriff's office completes its review, there's no reason to believe anything went awry with the jury," O'Brien said Thursday. "And no matter what happens, it shouldn't affect the fact that the evidence showed that (the defendant) possessed the drugs" at the time of his arrest by Whitehall police in January 2016.

Oxycodone, a pain-killer, is among the drugs abused and illegally obtained by opioid addicts.

Moore issued a release this week in which he alleged that the jury rushed to find his client guilty "so they could get out of the Franklin County courthouse quickly before it was noticed that the oxycodone pills were missing."

O'Brien said the jurors twice took breaks during the deliberations, which could have left the evidence unattended in an open jury room. The courthouse's jury rooms are located in back hallways that have no public access and are primarily used by lawyers, deputies, judges and other court personnel.

The hallways are equipped with surveillance cameras, the footage from which will be reviewed as part of the investigation, O'Brien said.

He and Judge Stephen L. McIntosh, the court's administrative judge, said they had never heard of a case in which evidence that was in a jury's possession during deliberations turned up missing immediately after the verdict.

None of the other evidence in the case, including large amounts of heroin and methamphetamine, is missing, O'Brien said.

In some cases, McIntosh said, photos of drug evidence could be given to jurors rather than the actual drugs.

The trial was conducted last week and ended on July 20 with the jury convicting Phillip M. Edwards, 34, of possession of heroin, cocaine and other drugs and failing to comply with a police officer. He faces a minimum of 11 years and nine months in prison or as many as 43 years when he is sentenced on Aug. 23 by Judge Laurel Beatty Blunt.

A box and a bag full of the prosecution's evidence, including the oxycodone pills, were placed in the jury room with jurors during deliberations that took nearly three hours.

After the verdicts were delivered in the early evening, Assistant Prosecutor Dan Stanley secured the evidence in a locked courthouse office that can be accessed only by staff from the prosecutor's office, O'Brien said.

The next morning, July 21, Stanley brought the box to the prosecutor's office for a routine inventory. He discovered that a manila envelope containing the 30-milligram oxycodone pills was missing, O'Brien said.

Moore said he is not blaming the prosecutor's office or Judge Beatty Blunt for the disappearance of the pills.

"I'm not making them the bad guys for letting this happen," he said, "but let's all be good guys and let this guy go and make sure this doesn't happen again."

As of late Thursday, Moore had not filed a motion seeking a new trial.

A Columbus defense lawyer is accusing one or more jurors of stealing 71 oxycodone pills that were discovered missing after a drug-possession trial ended last week in Franklin County Common Pleas Court.John David Moore Jr. said his client should get a new trial, or a dismissal of the charges, because the disappearance of the drugs has tainted the jury's guilty verdicts.Prosecutor Ron O'Brien said it is premature to blame jurors for the apparent theft of the drugs, which is being
http://www.dispatch.com/news/20170727/71-oxycodone-pills-go-missing-after-jury-deliberations-in-drug-case
Tweet
How do you feel about this post?
Happy (0)
Love (0)
Surprised (0)
Sad (0)
Angry (0)
Tags:
assault  kits Chain of Custody Big Three: missing pills oxycodone pills oxy altered evidence
Historic fentanyl seizure in Edmonton ‘complex’, d...
2 N.J. police officers suspended in probe of missi...
Comment for this post has been locked by admin.