One overtime shift, called "purge" overtime, was scheduled from 4 p.m. to 8 p.m and focused on reducing the inventory of the evidence warehouse, authorities said. 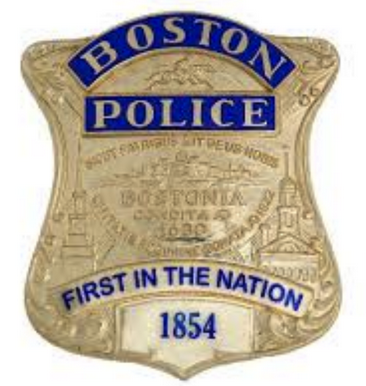 Nine current and former police officers in Boston were arrested and charged in connection with an overtime scheme that collectively netted them more than $200,000, the Department of Justice announced on Wednesday.

The officers currently work for the department have been suspended without pay pending the outcome of the case, Boston police said.

"I am a strong supporter of the police, especially in these difficult times. But all must be treated equally under the law, regardless of wealth, power or station," United States Attorney Andrew E. Lelling said in a statement. "These officers are charged with stealing taxpayer money, year after year, through fraud. Beyond the theft of funds, this kind of official misconduct also erodes trust in public institutions, at a time when that trust is most needed."

The defendants were assigned to Boston Police Department's Evidence Control Unit, where they were responsible for storing, cataloging and retrieving evidence at the warehouse, the DOJ said.

Beginning in May 2016, the officers "routinely departed overtime shifts" two or more hours early but submitted false timecards claiming to have worked the entire shift, the DOJ said.

One overtime shift, called "purge" overtime, was scheduled from 4 p.m. to 8 p.m and focused on reducing the inventory of the evidence warehouse, authorities said. The warehouse, though, was closed, locked and alarmed before 8 p.m. and often by 6 p.m. during those shifts, the DOJ said. Still, the officers charged, filed timecards claiming to have worked all 4 hours, authorities said.

Another shift that was scheduled for 8.5 hours, when unused prescription drugs from each police district in the city were transported o an incinerator in Saugus. The DOJ said while slips filed included 8 hours of work, often times the task was completed in 4 hours.

Through the fraudulent slips, between May of 2016 and February of 2019 the defendants embezzled more $200,000 in overtime pay, the DOJ said.