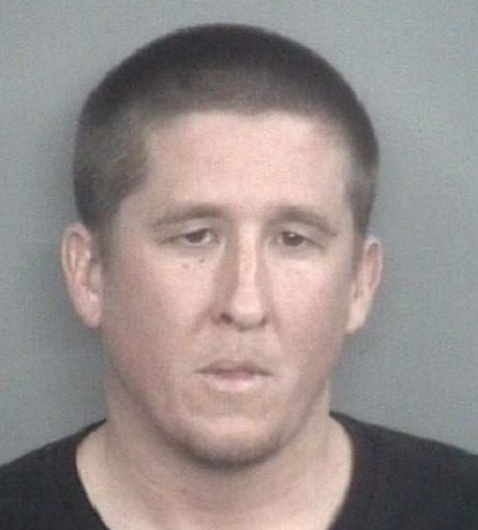 April 27, 2021 - The Butte County District Attorney reports an alleged serial sex assailant was arrested this morning as a result of a cross match DNA"hit" on a member of the suspect's family. The assailant is suspected of multiple sexual assaults that occurred in Chico and Red Bluff between 2014-2019.

"In what would otherwise have remained cold case sexual assaults in Northern California, the use of familial DNA search not only led to the suspect's arrest, but ensured a dangerous sexual assailant is off the streets and unable to victimize another woman today. The identification of Haskins would not have been possible without the familial DNA search by DOJ," Ramsey and Rogers said.

"This was a joint effort with dedicated detectives from Chico, Red Bluff, and the expert forensics team at the Department of Justice," the District Attorneys added.

New California Attorney General Rob Bonta said, "There is absolutely no place for rape or sexual assault anywhere in our society. Today's arrest is a clear reminder of the good work that can be done when we collaborate across jurisdictions to stand up for the people of our state. I am proud of the efforts of the California Department of Justice's forensic experts, special agent investigators, and crime analysts who work tirelessly to help keep our streets safe. I also commend our law enforcement partners in Butte and Tehama on their commitment to securing justice. My office stands ready to continue to provide assistance on this critical case and to use our technological know-how to support our partners across the state."

The familial search process involves searching the assailant DNA against the state's convicted offender database to identify potential relatives in the database. Haskins' DNA had been previously recovered from two sexual assaults in Chico and one sexual assault in Red Bluff, between 2014-2019. Although his DNA was recovered in each case, he remained unidentified because the sexual assault DNA samples were not know to be associated with him as he had no known DNA sample in the state's system.

However, the DNA of one of Haskins' family members, who had been convicted of a felony, was in the state's DNA databank. A familial search was conducted, and DOJ established a possible familial connection between the family member and the DNA collected from the three sexual assaults. That connection was used to identify and arrest Haskins after his DNA was obtained by DOJ agents who had been surveilling him.

Familial DNA searches are only used in limited situations where a violent crime has been committed, there is a serious risk to public safety, and all other investigative leads have been exhausted.

District Attorneys Ramsey and Rogers noted they have agreed to combine the cases to be tried in Butte County. Ramsey says his office plans to charge Haskins with a count of rape, a count of kidnapping, and a count of assault with intent to commit rape.

Haskins is currently being held on $450,000 bail and will appear in Butte County Superior Court to face charges on Wednesday afternoon, April 28, 2021.

Anyone with information about Haskins is encouraged to contact Detective John Nickelson at the Chico Police Department (530-897-4911).