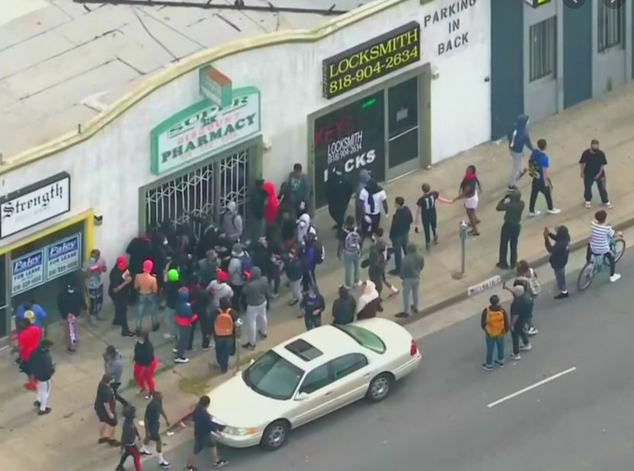 LONG BEACH (CBSLA) ⁠— Area drug enforcement agents said they're worried that the streets are about to be flooded with a wave of stolen prescription drugs taken by looters during recent protests against police brutality.

And on Tuesday, the Drug Enforcement Administration said it was still taking reports from pharmacists, like Luke Vu, whose shops were hit by looters late last month.

Vu, who owns Ten Pharmacy in Long Beach, said he watched the security footage in agony as looters broke into his store and stole upwards of $30,000 worth of controlled substances — destroying in minutes what Vu said took he and his wife years to build.

"Hydrocodone, Oxycodone, Norco, Xanax, you name it," he said. "They took everything."

Vu's pharmacy was one of at least 177 pharmacies in Los Angeles and Riverside counties the DEA said looters targeted during recent protests.

Agents said they have only started working with pharmacists to get a full account of what was taken.

The DEA said it has taken reports from 54 pharmacies, with more than 100 pharmacies to go. Bodner said the total amount taken, and its potential, could be devastating to efforts focused on America's opioid crisis.

"It's horrible that you know a situation like this happens to put more of the drugs out there just when we've been kind of getting a handle on at least the prescription part of the issue," he said.

Bodner said the illegal drug market has turned to counterfeit drugs in the past two years, making exposure to the real thing potentially deadly.

"That's kind of my fear is that people will buy these pills not knowing exactly what they are," Bodner said. "Their dosing may not be correct, they may take more than they should and we could see an overdose problem as well."

The DEA said it has seen pharmacies targeted by looters in the past, but Bodner said it was too soon to say whether that was the case in Southern California though he said there was no doubt that drug traffickers do tend to take advantage when opportunities arise.

‘A Bit Scary’: DEA Worried That Drugs Stolen From Pharmacies By Looters Could End Up On Streets – CBS Los Angeles