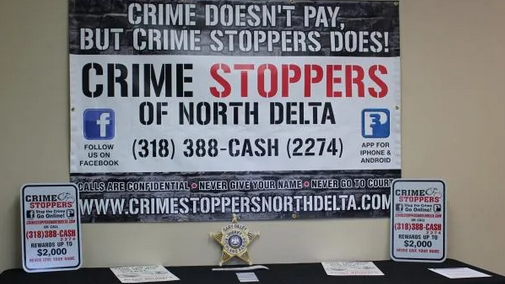 Grayson Chief of Police Mitch Bratton was booked into the Caldwell Parish Jail Tuesday on one count of felony theft.

The new charge stems from an ongoing Louisiana State Police investigation and follows a June 4 arrest on two counts of obstruction of justice and one count of malfeasance in office.

According to LSP, the investigation remains active and ongoing and started following a complaint of missing seized currency. Bratton announced his arrest in a Facebook post on June 4.

"A few weeks back, I contacted an outside agency to come look into some concerns that I had with a town employee," Bratton said. "Today, while cooperating with the state police investigators, they charged me with obstruction of justice and malfeasance in office.

I won't debate the validity of the charge. I wanted to be in full disclosure. This does not affect me being the chief of police and I intend to be as accessible as I always have while I let the criminal justice system work this issue out."

In an interview, a Grayson employee told LSP Mitch Bratton received approximately $8,000 in narcotics money in 2018 and 2019 and no arrests were made. The money was provided from the village general fund in various payments.

Village bank records showed Bratton used approximately $7,210 in 2018 and 2019 for narcotics investigations. The warrant states no documentation or witnesses were found to support that investigations occurred.

An interview regarding a second complaint investigated by LSP was conducted on June 3. A woman told state police a man's ex-wife offered her $5,000 to frame the man on a battery charge.

The woman contacted Bratton about the offer, and he started an investigation. The warrant states he told the woman he would fake the arrest so she could obtain the $5,000 bounty. LSP obtained pictures, recordings and a private investigator report confirming a false arrest report was prepared.

The woman collected the $5,000, and Bratton allegedly told her he only needed $2,500 to prosecute the case. Per the warrant, he asked her to drop the money off in the drop box at city hall and keep the rest.

Per the warrant, Bratton said he received the $2,500, and it was in the evidence locker. After LSP obtained a search warrant for the locker, Bratton allegedly said he placed the money on the top of his patrol unit's console, and it went missing. He also said he did not allow the woman to keep $2,500.

As LSP executed a search warrant at the police department, a resident entered city hall and asked for Bratton. The resident said her boyfriend was stopped by Bratton and two Xanax bars, one suboxone tablet and $1,150 in cash were seized.

Per the arrest warrant, Bratton said he also placed this money on his console, and it went missing at the same time as the other money.

When the drugs were not located in the evidence locker, a search of Bratton's patrol vehicle followed. Xanax and suboxone were found in the cup holder along with suspected methamphetamine and other drug paraphernalia.

Per the report, Bratton told LSP he had not conducted a criminal investigation into the missing money or reported it missing.

LSP is accusing Bratton of intentionally concealing the missing funds.