Trial was delayed due to federal prosecutors' failure to immediately notify the defense about missing body camera evidence. 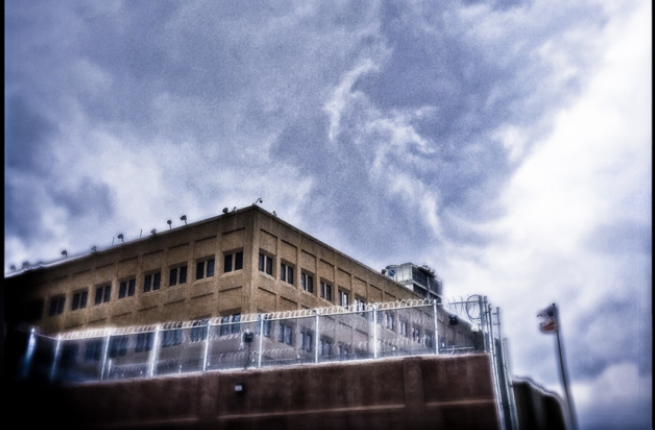 Delayed justice may have cost Deon Crowell his life.

The 51-year-old was transported from the DC Jail to a hospital on April 7 after he tested positive for COVID-19. Less than a week later, he died of complications from the disease. He is the first person who was incarcerated in the DC Jail to die from the coronavirus since it reached the facility last month.

Crowell was awaiting trial for murder. It was originally scheduled to begin in October 2019, according to court records, but his attorney, Elizabeth Weller, says the trial was delayed due to federal prosecutors' failure to immediately notify the defense about missing body camera evidence.

"He was awaiting trial—he was innocent and never proven guilty," Weller writes in an email. "There was no reason for him to die."

Metropolitan Police Department detectives linked Crowell to Joni Rockingham's death with DNA evidence and arrested him in June 2018. He was held without bond in the DC Jail since then. In August 2019, two months before the trial was set to start, federal prosecutors notified Crowell's attorneys that the police had inadvertently deleted nearly 240 pieces of body camera footage related to the investigation.

While Crowell's attorneys, Weller and Rachel McCoy, spent several days in court between November 2019 and January 2020 trying to get to the bottom of the missing evidence, the trial was postponed to September 2020 and the deadly coronavirus was starting to spread throughout the world.

On March 7, the first D.C. resident tested positive for COVID-19. And on March 26, a 20-year-old man became the first person inside the DC Jail to test positive. As of Monday, April 13, 53 DC Jail inmates and 18 Department of Corrections employees have tested positive, according to data the District provided.

News of Crowell's death came after lawyers, inmates, and corrections officers have for weeks sounded the alarm about conditions inside the jail. The D.C. Council passed emergency legislation in mid-March that expanded good time credits, hoping to facilitate release for low level offenders. The D.C. Public Defender Service filed a sweeping motion seeking the release of all inmates serving sentences for misdemeanor offenses. The PDS also joined the ACLU in a class action lawsuit; in response, a judge appointed outside experts to evaluate and monitor the jail's response to the COVID-19 pandemic.

The union representing D.C. corrections officers supports the suit and has raised its own concerns about a lack of personal protective equipment and unsafe working conditions. Meanwhile, during her daily press briefings, Mayor Muriel Bowser has been hostile to questions from reporters about conditions in the jail and whether certain inmates should be released.

A few days after public defenders' request for release for all inmates serving sentences on misdemeanor crimes, during a call with councilmembers, Bowser said "nobody wants us to clear out the jail for people who are serving sentences that they earned, let's keep that in mind," according to a Washington Post reporter.

Last week, the Council passed additional emergency legislation that expands credits for good behavior and eligibility for compassionate release. On Friday, Bowser sent out a press release announcing she was granting 75 days of good time credit to 36 inmates. That ruling allowed about half of that group to immediately walk out of jail, according to Bowser's announcement.

In the middle of her daily briefing on Monday, April 13, Bowser first learned of Crowell's death.

"Mr. Deon Crowell, 51, passed this morning," she said. "He was an inmate at DC Jail. He was hospitalized April 7. His next of kin has been notified by the DOC chaplain, and we send them our deep condolences."

Crowell likely would not have been eligible for release due to the seriousness of his charge. Still, Weller filed a motion for his release on March 20. She argued that he had limited criminal history with only one prior conviction, and that since her client had diabetes and other health issues related to that diagnosis, he was at higher risk if he were to become infected.

The U.S. Attorney's Office opposed the request on April 9, two days after Crowell was hospitalized, though the document is not available on the D.C. Superior Court's website, and a USAO spokesperson declined to comment for this article. A judge never ruled on the motion.

Crowell's death underscores the devastating reality of incarceration during a pandemic. Close quarters and often unsanitary living conditions make it difficult for inmates, guards, and employees to keep far enough apart. Even in a heavily Democratic place in D.C., there isn't enough political will to enact the policies that would temporarily empty the jail. At some point, concern for the public's safety outweighs concern for the individual's right to safety.

As for the missing body camera footage that delayed Crowell's trial, prosecutors write in court documents that some footage was not initially filed along with the murder investigation and was automatically deleted after 90 days. Most of the deleted footage came from officers' and recruits' investigation into Rockingham's disappearance—she was initially reported as a missing person.

But detectives reference some of the deleted footage in their written reports, Weller notes in court records. One report describes conversations with a man, identified only as "Male 3," who spoke to officers on the scene when Rockingham's body was found in December 2017. The man told the police that Rockingham "set up" two other men and got them killed and said "what goes around comes around," according to court records.

They argue in court documents that "there is no error, let alone prejudice, from the defense learning in August of 2019 about the deleted [body worn camera] files as opposed to learning about it in January of 2019." The government was only aware of a handful of deleted files in January, and learned about the rest in August.

Given the circumstances now, Crowell's attorneys would disagree. The delay, not the missing information, is the problem, and may have cost Crowell his life.

"The United States Attorney's Office for the District of Columbia was aware of the deleted videos in January 2019, which would have given us plenty of time to be ready for trial last year, but they did not disclose the issue until August 2019," Weller writes in an email. "If they had disclosed the fact of these grossly negligent deletions in a timely manner, as they are legally obligated to do, Mr. Crowell would not have been in jail awaiting his trial. The entire system failed him. We only hope this serves as a wake up call so it does not happen to anyone else."