A rapist left his dentures behind at the crime scene. His name was written inside. But no one looked. 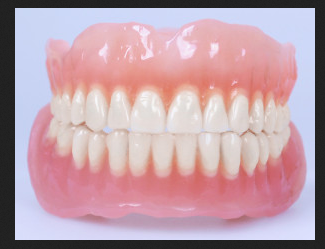 I've Got Something In My Property Room You Don't Want!

The 2001 attack was vicious. In August, a 31-year-old Memphis woman was walking along Thomas Street, an empty stretch of road drilling through an industrial area north of downtown. A man approached, forced her off the road, and stabbed a metal object up under her chin so hard it stuck to the roof of her mouth. Then according to Memphis's Fox 40, the unknown assailant forced the unnamed victim to perform oral sex.

When police arrived at the scene, they found an odd piece of evidence the rapist had forgotten: his dentures.

Along with other physical evidence from the assault, the false teeth were reportedly bagged and placed in a Memphis Police Department property room. There, like an estimated hundreds of thousands of rape kits across the country, the material sat untouched for more than a decade.

Until last summer, when Memphis authorities retested the ignored kits. A match was identified. Had anyone examined the dentures 16 years earlier, they would have seen the name of a murderer inscribed into the false teeth, according to the Commercial Appeal. The arrest of the assailant, Thomas Maupin, 67, underscores the depth of the backlog, a crisis that has upended the reliability of the criminal justice system.

Hard statistics on the number of untested rape kits across the United States are largely estimates and guesses. End the Backlog, a nonprofit advocacy group geared toward focusing publicity and resources on solving the issue, defines the problem in two-parts: rape kits that have not been tested; and rape kits that have been submitted for testing but are not analyzed in a "timely manner," 30 days after receiving the evidence. Funding is key here. The group says it costs $1,000 to $1,500 to test a kit, putting frequent lab work outside the reach of budget-troubled municipalities. Labs are also beset by their own funding problems and out-of-date procedures.

Memphis was a prime example of the rape kit backlog crisis. In 2013, the city announced 12,164 kits were sitting in the city's possession — untested, according to End the Backlog. An emergency order from the mayor's office accelerated a project that would cost an eventual $6.5 million. "As of April 2017, 7,984 kits have been analyzed and 3,019 are currently at the laboratory awaiting testing," according to End the Backlog's website. "As a result, MPD has opened 2,077 investigations and 228 requests for indictment have been issued."

Maupin's arrest for the 2001 attack is among those belated victories. At the time of the crime, the items in the rape kit were not tested because of a backlog in the police department, the Commercial Appeal reported. Then last summer, the Tennessee Bureau of Investigation came up with a partial match to Thomas Maupin, the name on the teeth.

In January 1988, Tricna Dawn Cloy went missing after attending a birthday party with her mother and brother at a neighbor's house in Spokane, Wash. According to UPI reports, Maupin was an early suspect: He had met the girl and her mother at the party and also walked them home. News accounts described Maupin as a "drifter with an extensive criminal record" including a conviction in "Texas in 1977 for indecency with a child."

The girl's body was discovered six months later in a gravel pit. Maupin was charged with felony murder, kidnapping and rape. He was convicted and sentenced to 480 months in prison. An error at the trial, however, reversed the conviction. Maupin was tried and convicted again. And once again, an error at the trial wiped the conviction away on appeal. Rather than face a third trial, Maupin pleaded guilty to second-degree murder, received a 12-year sentence with time served, and was released in 1997, according to the Spokesman-Review.

The dentures were made for Maupin while he was serving his prison sentence in Washington. A rapist left his dentures behind at the crime scene. His name was written inside. But no one looked. - The Washington Post