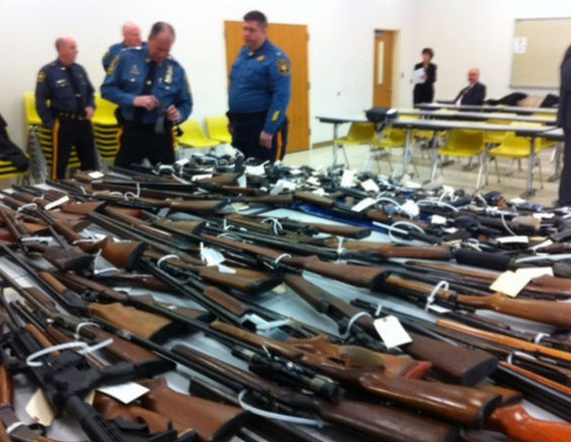 CHICAGO, IL — A handgun turned over to police by a Cook County judge more than a decade ago as part of a gun buyback program ended up at the scene of a police shooting in Cicero, where taxpayers are set to pay out a $3.5 million settlement to the family of a 22-year-old man shot by an officer with a history of disciplinary issues, according to a report from the Better Government Association.

As a result of the investigation, the Chicago Police Department has opened an internal affairs investigation into how a .38 caliber revolver that should have been locked in an evidence locker and then destroyed ended up next to the body of 22-year-old Cesar A. Munive.

The attorney for Munive's family, Jon Loevy, claims Cicero Police Officer Don Garrity — who was subsequently promoted to detective before developing post-traumatic stress disorder — shot and killed Munive while he was unarmed and police later planted the gun to justify the shooting, according to the BGA investigation.

Garrity's lawyer denies the claim and investigators from the Illinois State Police stand behind their findings that Munive, a Latin Counts gang member with multiple past convictions, pointed the gun at police, the BGA reported.

Chicago, IL - The dead man's family filed a civil rights lawsuit accusing Cicero PD of a cover-up, while the officer who shot him now suffers from PTSD.
https://patch.com/illinois/chicago/cicero-settle-after-cpd-buyback-gun-ends-scene-fatal-police-shooting
Tweet
How do you feel about this post?
Happy (0)
Love (0)
Surprised (0)
Sad (0)
Angry (0)
Tags:
altered evidence assault  kits Chain of Custody Big Three:
A rapist left his dentures behind at the crime sce...
How software systems can help PDs manage evidence
Comment for this post has been locked by admin.