"Authorities further found that Spaulding later replaced all of the missing cash and returned the missing evidence bags in May 2017. 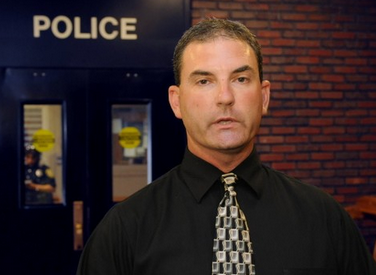 Spaulding, of West Springfield, was indicted by a Hampden County Grand Jury. He was charged with use of official position to obtain unwarranted privilege.

According to the AG's office, Spaulding will be arraigned in Hampden Superior Court on April 26.

The AG's investigation was the result of "a referral from the West Springfield Police Department and the Hampden County District Attorney's Office," a statement said.

"Authorities allege that between May 2016 and May 2017, Spaulding took more than $1,000 from the West Springfield Police Department evidence room.

Spaulding was suspended last year and has been barred from doing police work in the city.

"What do you say on something like this? He has an attorney; he is well represented," West Springfield Police Chief Ronald Campurciani said. "We just have to wait and see what the outcome is."

"It is the AG's case and the town will continue to cooperate," West Springfield Mayor William Reichelt said in an interview. The mayor said he had no further comment at this time.

Spaulding, 50, who began work with the force in 1988, was placed on paid administrative leave in August, but is no longer getting paid as a result of the indictment.

"As of this morning, he has been suspended without pay, pending the outcome of the criminal case," Campurciani said. "That is on the mayor's order, as the appointing authority."

Asked if any criminal investigations may have been tainted from Spaulding's alleged theft, Campurciani said, "It is my understanding no investigations were compromised. It was money already forfeited on cases that were adjudicated."

Campurciani will retire on May 4. A process is underway for the mayor to select a new chief.

Campurciani said no city funds are being used for Spaulding's legal defense.