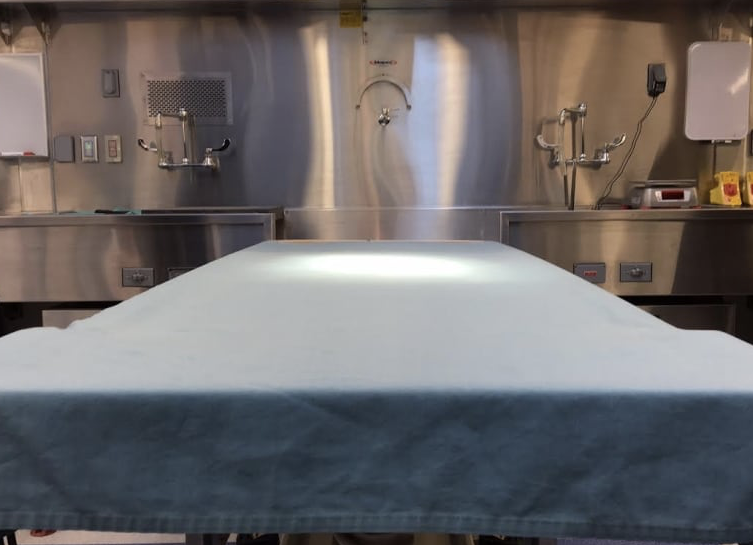 Dr. Anny Sauvageau began serving as the province's top forensic pathologist in mid-2011 and thought she would hold that position until she retired. In September 2014, Sauvageau was notified her contract would not be renewed in 2015.

Her statement of claim in the wrongful dismissal trial alleges the Alberta government's decision not to renew her contract "was in direct retaliation and retribution" for issues she had raised about political interference with her office.

She is seeking, among other remedies, $7.6 million in damages for loss of income and benefits.

The government's 2018 statement of defence says the decision to not renew her contract was made in the public interest and that Sauvageau was "either unwilling or unable to function properly as the chief medical examiner" and that she failed to demonstrate the qualities of sound, rational decision-making and responsible leadership.

None of the allegations made by either side have been proven in court.

he Alberta government has disclosed more than 20,000 pages of documents to Sauvageau's lawyer.

On Monday, some of those documents were entered as exhibits as the doctor spent a second day on the witness stand.

Sauvageau told the court she was aware when she took over the position of chief medical examiner from Dr. Graeme Dowling that the office was in "disarray."

"We knew there were some issues, but we didn't know the extent of these," Sauvageau said. "I discovered these issues after I became chief."

'I don't know where these guns went'

Sauvageau said she was shocked to discover three department bank accounts that had not been disclosed to the government, so she requested an accounting.

The subsequent investigation uncovered issues with staff overtime costs. Sauvageau said one employee had been invoicing for overtime when it was easy to prove he wasn't even in the office.

She also noticed that even though the Edmonton office was busier than Calgary's, the Calgary death investigator was claiming more overtime.

A stretcher in the Alberta medical examiner's suite where autopsies are performed. (CBC)

Sauvageau said she was also concerned when it was reported to her that a staff member saw another staff member going into the drug cabinet and self-medicating.

She discovered the drug log did not conform to rules set out by the Alberta College of Physicians and Surgeons, so she worked in collaboration with the college to make the necessary changes.

Equally disturbing was discovering that many of the firearms stored at the Edmonton office had been received, but then had gone missing. She asked Edmonton police to investigate. Officers found that some had been given back to police, but a log had not been properly kept and shotguns and handguns seized from death scenes could not be accounted for.

"Missing firearms is not necessarily a trivial matter," she said. "To this day, I don't know where these guns went."

Sauvageau was also determined to make dramatic changes with the body transportation system.

"Outside of Edmonton and Calgary, I became aware of problems including overcharging," Sauvageau testified.

She believed that according to legislation, a company contracted to pick up a body from a death scene, transport it to her office for autopsy, then return it to the death scene should be paid a flat fee of $300.

"Some were very creative," she said, telling the court the most "creative" billing she saw was the charging of $300 nine times for the transportation of one body.

In the past under Graeme Dowling, the staff in records were told … to pay whatever the funeral homes were asking

"In the past under Graeme Dowling, the staff in records were told … to pay whatever the funeral homes were asking," she said.

Sauvageau was also concerned no criminal record checks were being done before March 2014 on people employed to transport the bodies, which created potential problems for chain of custody and preservation of evidence.

"We had things that disappeared or went missing that had to be reported to police," Sauvageau testified. "Once, cocaine and $2,000 went missing from a body. Sometimes a wallet or money was missing."

Sauvageau said her office also received complaints about the appearance of some body movers and the vehicles they used to transport the bodies. She recounted one incident reported to her by RCMP about a truck not fit to provide body transportation that hit the ditch a few kilometres away from the crime scene.

"The driver waved over a lady and said there's a murder in my truck," Sauvageau testified. "It scared the heck out of the lady who called the RCMP when she got to the next town."

When Sauvageau helped to develop a new system to regulate a fixed body-transport fee and to establish prequalification guidelines, she said the Alberta Funeral Services Association rebelled and got the politicians involved.

The subsequent battle ultimately led to the non-renewal of her contract.

Sauvageau will be back on the stand on Tuesday. The trial is scheduled to last eight weeks.

Janice Johnston is an award-winning journalist in Edmonton who has covered the courts and crime for more than two decades. You can reach her at or on Twitter at @cbcjanjohnston 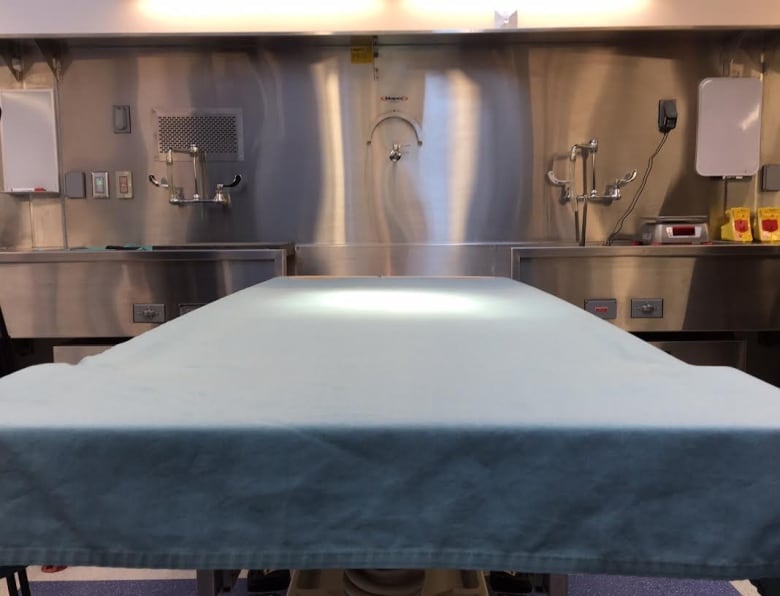 Tweet
How do you feel about this post?
Happy (0)
Love (0)
Surprised (0)
Sad (0)
Angry (0)
Tags:
theft of drugs evidence lockers theft from murder victims
29-Year Old Cold Case Solved
OSBI: Missing drugs lead to arrest of Weatherford ...
Comment for this post has been locked by admin.