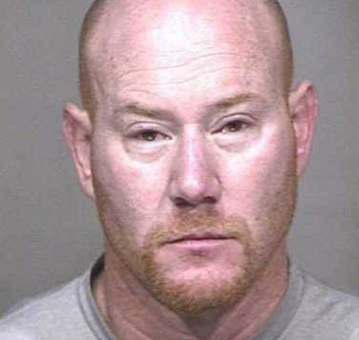 SCOTTSDALE, AZ — One year ago, a suspect was arrested for the murder of Allison Feldman, 31, who was found dead inside her Scottsdale home in 2015.

"He spent three hours in the home, cleaning up the mess," said Harley Feldman, Allison's father. He says records from his daughter's alarm system show when her killer first walked into her home the night of her murder, and when he finally left.

Feldman believes the killer tried cleaning his fingerprints from the

Feldman believes the killer tried cleaning his fingerprints from the scene. After years of coming up empty, Scottsdale police used familial DNA testing to match DNA found at the crime scene to 42-year-old Ian Mitcham.

The DNA matched Mitcham's brother, who was behind bars at the time, then linked investigators to Mitcham, who had been arrested for a DUI prior to the murder.

"There's no connection between ... We can't find any reason that they would know each other," added her father.

One year after Mitcham's arrest, Feldman says he and his wife still await true justice. Mitcham faces the death penalty for the murder of their daughter, a sentence Feldman's pushing for.

"This guy has destroyed a perfectly good person on the earth, and destroyed our lives along the way," he said.

Mitcham's trial is scheduled to start in July of 2020.

One year ago, a suspect was arrested for the murder of Allison Feldman, 31, who was found dead inside her Scottsdale home in 2015.
https://www.abc15.com/news/region-northeast-valley/scottsdale/allison-feldmans-family-remembers-daughter-one-year-after-groundbreaking-arrest
Tweet
How do you feel about this post?
Happy (0)
Love (0)
Surprised (0)
Sad (0)
Angry (0)
‘He manipulated the system:’ Disgraced ex-mountie ...
Evidence missing from Homerville Police Department
Comment for this post has been locked by admin.